Waking up in the City

A few weeks ago, after spending one too many days in the lethargy and heaviness of a blue mood, something inside me sent me a message, “Hey! Get yourself to the ocean.”  So, I did. I tossed my tent in the car, drove a couple of hours from where I live in Washington, DC, and set up camp in a pine woodland within earshot of the Atlantic surf.  Nothing shifted for a good while. I walked and sat on the cool beach and watched the grey waves crashing in. In the evening, I sat by my small fire and listened to the sound of birds calling to one another. And, gradually, I began to wake up from my foggy state of mind, become more aware and alert, and connect with the spaciousness and life around me. I was lighter and more present; spacious and back “in the flow.” Time in nature had done it again. 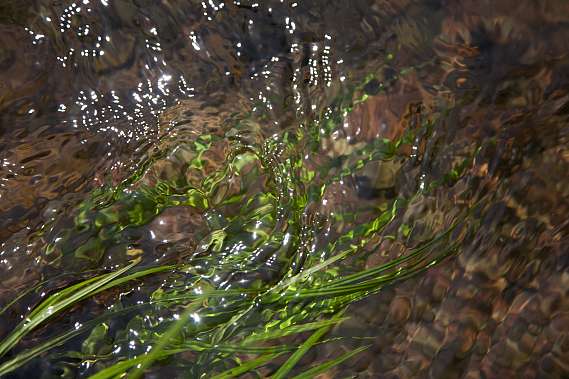 This is one of the great things about getting out into nature for a time, and many people report similar results. Getting people outside has become a passion of mine, and I now regularly lead guided meditations in nature on a professional basis through an organization that I founded called Wild Presence. Folks who come out for the day with me on a local mountain to walk and meditate say that even after only a few hours they feel happier, calmer, more connected, less overwhelmed by their lives. More and more research is showing that spending time in nature can, among other things, relieve brain fatigue, ease mild depression, and maybe even make us smarter.

Okay, you might be saying, that’s great, but I live in the city; or, I live in the suburbs. Well, here’s the wonderful thing about nature—it’s everywhere. While it’s quite true that, as a wise and good friend of mine says, “Sometimes you just have to pick your butt up off the couch and get out into nature,” it’s equally true that the flow we experience so easily when in a forest or meadow is happening right here, right now. And it’s possible to access it in any moment, whether you’re stuck in traffic on the way to work, waiting for your kids at the soccer game, or walking down a crowded city sidewalk. Here are a few ideas that I’ve found help me “get into the flow” wherever I am.

Cultivate Awareness
When I was a kid, I loved Norton Juster’s book, The Phantom Toll Booth. On his journey, Milo visits a place where the citizens rush about the streets of a city that isn’t actually there. Milo’s young guide Alec explains that some years back the people of the city “…rushed down the avenues and hurried along the boulevards seeing nothing of the wonders and beauties of the city as they went.  …No one paid any attention to how things looked, and as they moved faster and faster everything grew uglier and dirtier, and as everything grew uglier and dirtier they moved faster and faster, and at last a very strange thing began to happen. Because nobody cared, the city slowly began to disappear.” Eventually the city became entirely invisible. “Hasn’t anyone told them?” Milo asks. “It doesn’t do any good,” Alec replies, “for they can never see what they’re in too much of a hurry to look for.” 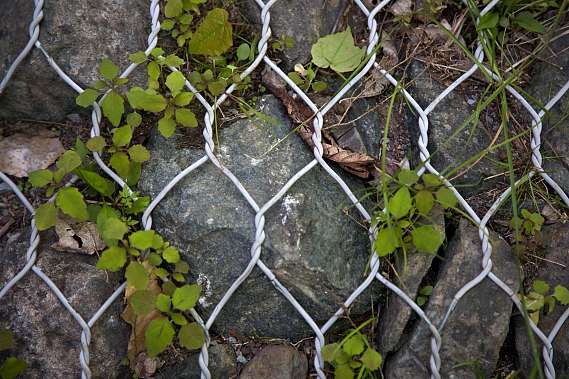 How many of us have come to the end of a drive or walk to work and found that we have no recollection of the journey? Like the people in Juster’s story, we have our heads down, rushing to our next location, never quite being where we actually are. We’re missing out on the beauty and nature that’s right here. There’s an awareness practice I learned up in the Vermont woods that I’ve transferred to my city life that has been extremely effective in waking me up out of the fast-forward trance I can sometimes fall into. To try it, first pick an “awareness trigger”—something you do several times a day. I chose stopping at a red light, but it could be hearing your phone buzz, walking through a door, or any event that happens fairly frequently throughout your day. Then practice “waking up” whenever you’re “triggered.” Notice the world around you—the light, colors, trees, movement of the wind, shapes, birds flying in the sky. I’m willing to bet that you will be amazed at the beauty that’s all around you—not to mention how it can completely change your relationship to “getting stuck” at a red light.

Emulate Your Neighbors – the Animal and Plant Ones
Have you ever seen a squirrel who’s worried about what to do next? Okay, maybe when he’s watching a car heading towards his little head, but probably not about whether it was the right time to bury that acorn or chase his buddy up a tree. As we become more aware and awake, we can also begin to notice how much we resist life as it is. We want to change things to fit our picture of the world that we’ve imagined for ourselves. In the Tao Te Ching, Lao Tzu says, “Therefore the Master takes action by letting things take their course.” When I wake up and notice I’m resisting things as they are, I begin to imagine the natural world around me—the oaks growing on my street, the crows that gather and fly from the apartment building outside my window—and its effortless non-resistance to what is. I feel the effortlessness and allow myself to slip into its stream, letting go of the stress over what I can’t control. The animals, trees, and birds of our cities and suburbs are all Taoist masters—let them be your teachers.

Relax (and Practice Meditation) in a Green Space
The other day I sat with a friend of mine on a hillside in Malcolm X Park in Washington, DC, letting the sounds of the birds, someone’s cell phone conversation, the chattering squirrels, the sirens, and the wind wash over me and feeling at peace. Our walk to the park through the streets of DC, however, had been anything but peaceful. Many studies show that our modern lives, particularly in cities, can result in a near constant engagement of our sympathetic nervous systems—the fight, flight, or freeze part of our brains. While a little bit of stress can be helpful, too much stress and the resulting high levels of cortisol have been linked to a variety of health problems, including high blood pressure and lowered immune response. Mindfulness meditation has been shown to positively engage the parasympathetic portion of our autonomic nervous system that calms and heals the body. While I don’t know of any studies as yet that look at combining mindfulness with the calming and focusing effects of time spent in green space, I can certainly say that from my own experience (as well as those of a couple thousand years of meditating forest monks) that each seems to enhance the positive effects of the other. So get outside when you can and “get present” in your local park, relax your body, and drink in the green. You don’t have to go to Yosemite to reap the benefits that nature offers you right where you are. 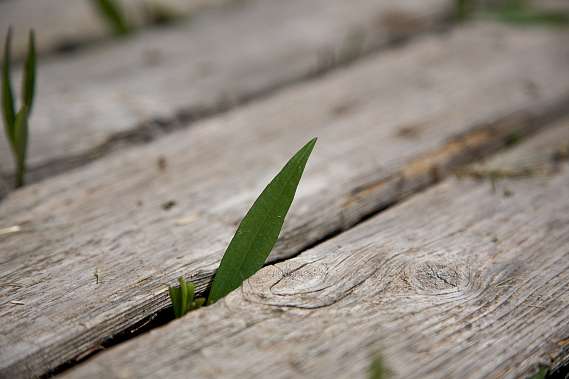 Remember What You Are
As nature philosopher David Abram says, “The human body is not a closed or static object, but an open unfinished entity utterly entwined with the soils, waters and winds that move through it…” Spending time in nature, as I did at the beach a few weeks ago, helps us to see more clearly our inter-connectedness with the world around us, our place in the flow and a greater awareness of it all. When we return to the city, we bring nature’s teachings home with us where they remind us of the fundamental truth that we ourselves are nature and that ultimately we don’t need to travel to tap into its gifts.  Over time and with practice, I’ve become convinced that, as Gary Snyder puts it, “Nature is not a place to visit, it is home.” And home is right here within us.