My Walk on the Wild Side: An Urban Safari 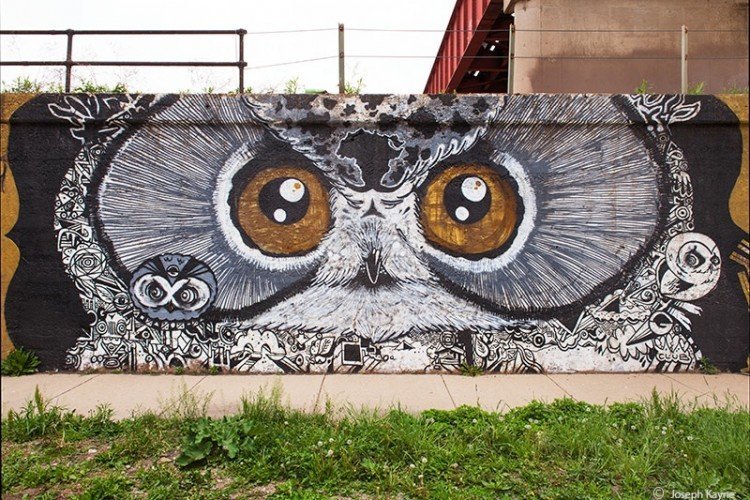 Cruising slowly down 16th street in Pilsen. There’s a railroad embankment on one side; a row of boxy houses on the other. I’m on the prowl. Somewhere along here is an owl. But not just any owl. I cross under the el tracks and suddenly, there it is: twelve-feet high, thirty-feet wide, its eyes glaring out from the wall. Painted by the street artist Brooks Golden, it is part of a public art project sponsored by the 25th ward to transform neglected urban spaces. I jump out of my car, stare in awe, and snap a photo. 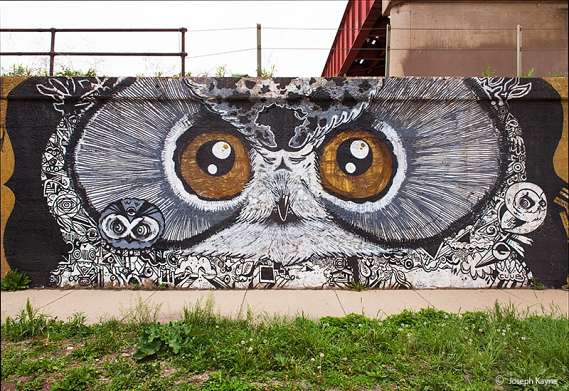 Being the art editor for City Creatures has taken me on a rather uncommon safari, through Chicago’s streets and galleries, studios and websites. I am on the hunt for city creatures in all their glorious manifestations: paintings, woodcuts, photos, collage—these are the specimens of my obsession. It is a world of creatures seen through the eyes of their beholders, and it is truly a thing to behold. These are depictions of not just animals but also ourselves— our fascinations and fears, hopes and desires, embedded in the artistry of our renderings. This is an animal kingdom in all her—and our—variety.

I began this expedition not with a checklist of specimens but, like any good scientist, with a mind open to whatever taxonomy the world might reveal. There are animals that inhabit Chicago, and animals that inhabit our imaginations. There are native species and migrant transplants. All are part of our urban landscape. But who to bag and who to let go? The animal world we experience includes not just critters that skitter, but also murals, sculptures and photos—images with which, through some animal urge of our own, we’ve populated our lives and streets. The artwork, in other words, is not just a way of representing animals; it’s a distinct way of experiencing them. Just because a piece of art doesn’t have a beating heart doesn’t mean it can’t offer up its own kind of wisdom, its own kind of truth. And that, in the end, is my guide. 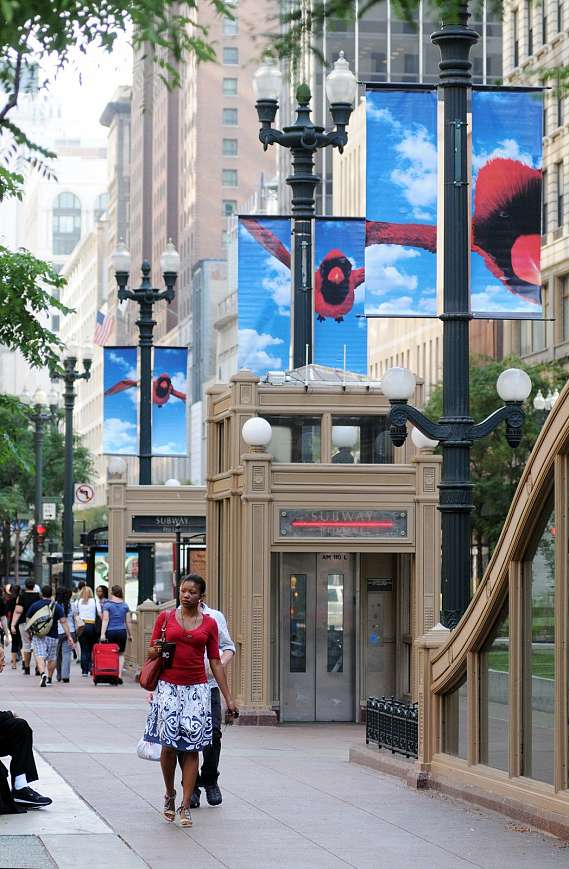 So it is that I stop in my tracks at the sight of a giant cardinal, a flip book of banners winging its way down State Street. And all I can think of is how RED it is, and how astonishing that such a color should occur in nature, and why this thought never struck me with such force before. Then I shift my gaze to the sky and remember once again: no matter how hemmed in this city may feel, I have only to look up to see vastness.

This is what it means to open your eyes.

Even the lowliest of creatures can give one pause. I never thought of flies as anything but a nuisance until I saw Xavier Nuez’s magnificent portrait of a blue bottle fly, a sapphire gem writ large. And pigeons? Meh. Never paid them much mind—until running across Jyoti Srivastava’s feathery abstraction of wings and beaks and shades of gray. A stop action moment, elevating both birds and gaze. And I’ll never look at a rattlesnake the same way after seeing it through Blake Lenoir’s eyes—a kind of neighborly creature-ness that would still any flinch. Monarch butterflies? Passing fancies, passing through. But in muralist Hector Duarte’s hands they are mighty migrants, and a resonant symbol of freedom for our Mexican neighbors in Chicago—most of whom hail from the very province to which the butterflies are returning. 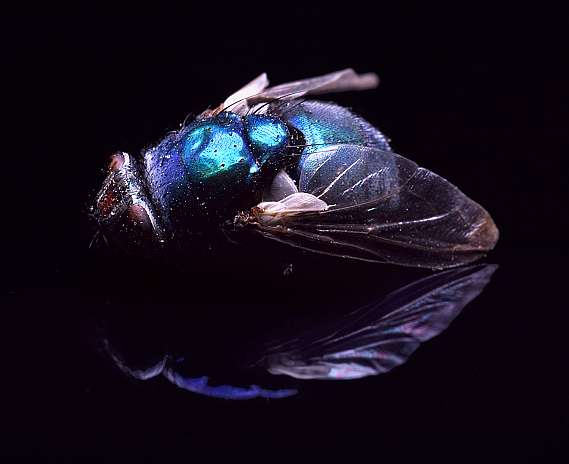 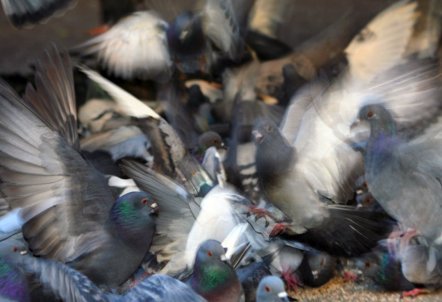 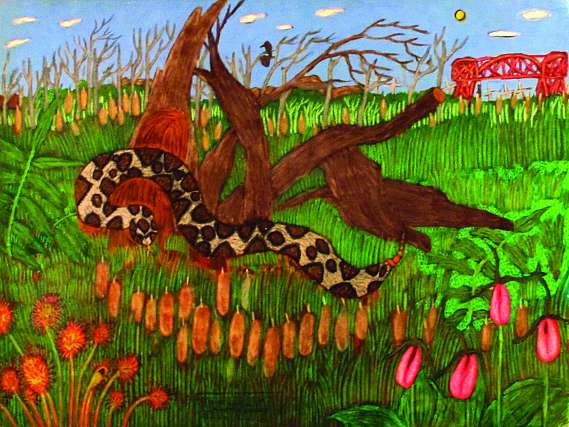 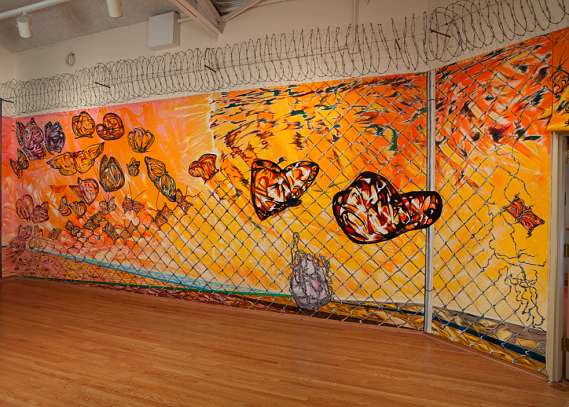 These, and oh so many more, are the creatures of our city. They are a reminder that we walk among others, and that the others are not so Other. They are mirror and muse, wing and bone.

*The artists included in this post are among nearly fifty artists who are contributing to the City Creatures book, which is currently in review.