What Can Ecology Tell Us About the Nature of Reality? 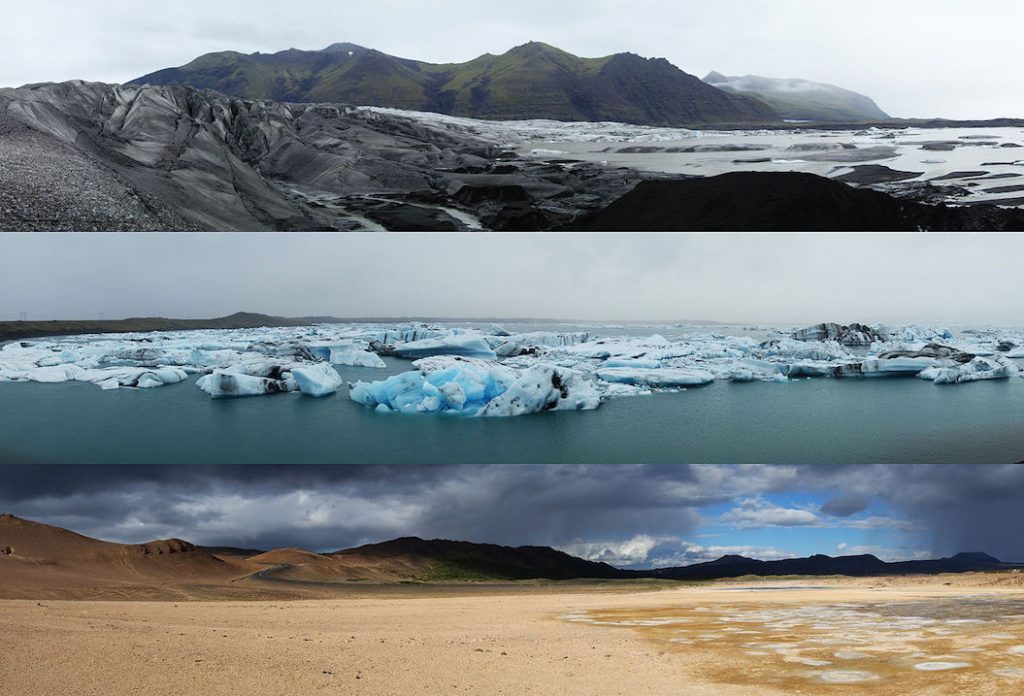 We are trying to get at big questions in this issue: Who are we? What are our economic activities for? While it may seem strange, these are questions that interest me as an ecologist. In my earliest days doing fieldwork, intently looking out into the woods—from the Australian rainforest to the Icelandic boreal woodlands—I wondered: How does all of this work? What does life mean? As I reflect on my studies as an ecologist, I see that I navigated my fieldwork with one big question in mind: What can ecology tell us about the nature of reality?

I took a lot of samples. I did a lot of lab analysis. I still dream of the thousands of leaves that I collected, measured, dried, ground, analyzed. What was to come of this process? My Ph.D. advisor, Kristiina Vogt, used to say to me, “You need to tell a story.” Clearly she was mindful of accurately reporting ecological processes and functions, not to mention incorporating the proper statistics. However, she was also aware that humans (even when doing science) are storytellers—we understand each other and the world around us not only through analysis, but also through story. This is because living systems are dynamic and temporal, and to understand their reality is to tell a story about them, to develop a narrative of the processes whereby ecosystems change, sometimes very rapidly, in response to human and non-human impacts. One of the points Kristiina underscored most was this: the enormous amount of ecological data that has been collected over the last several decades is perhaps no longer representative of current reality—largely because we humans are shifting the fundamental processes of life that quickly.

Given these ecological realities, would the data I was collecting be a snapshot of a swiftly changing ecosystem? (Yes.) Would my research soon become irrelevant as ecosystem change hurdled ahead? (Perhaps. I would have to see.)

To find out, I took myself to Iceland. There, I clambered up to the treeline every day during the better part of a string of cool, crisp summers, startling birds and sheep, and drinking pure water straight from the streams. At the treeline, the woodland ecosystem is—quite naturally (and even without human interference)—stressed. In fact, at the treeline, an ecosystem is at its threshold of existence. 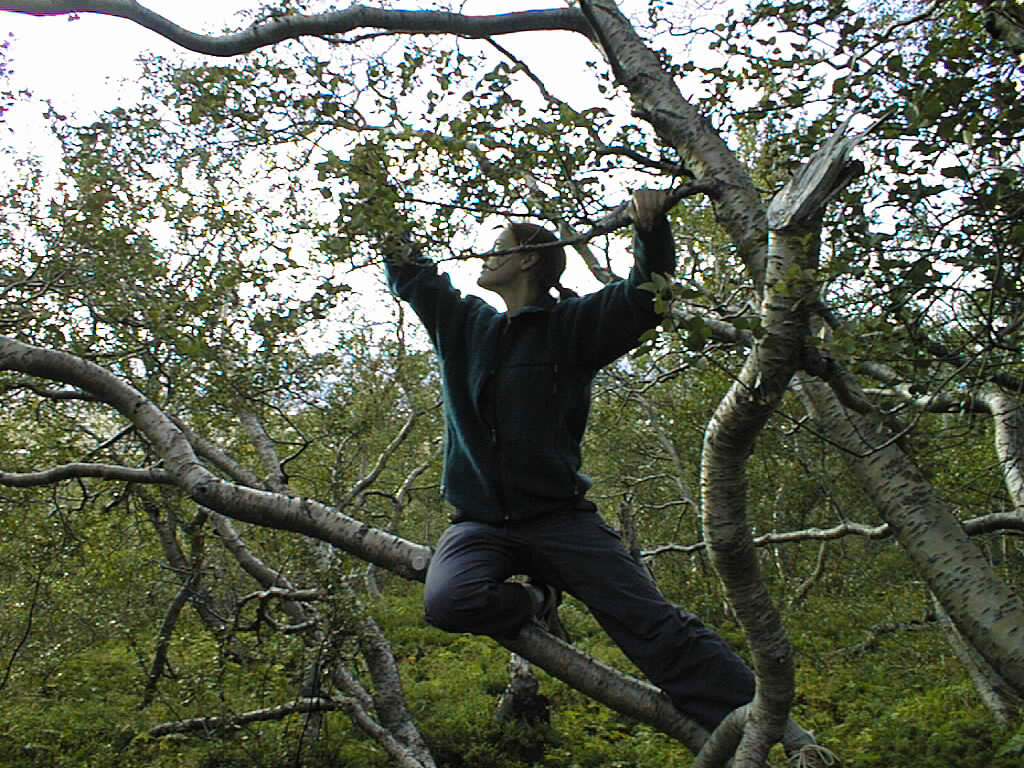 People often remark on the beauty of Iceland; it is a haunting, dramatic landscape. What most people don’t realize is that the landscape looks that way largely because it has been shaped by a history of interactions between humans and non-human nature. We know this for a number of reasons, one of which is that the Vikings were prolific and skilled writers who (in addition to their sagas) wrote detailed records of the changes in their landscapes.

One of the most important elements of the human-nature history in Iceland was the introduction of grazing animals (horses, sheep, cattle, goats, and pigs) at the time of the Viking settlement in the 870s CE. The introduction of these grazers dramatically changed Icelandic ecosystems. In short, grazers ate sprouting tree seedlings and other vegetation. As a result, woodlands did not have a chance to regenerate as the older trees died. In some heavily grazed places, little to no vegetation persisted at all, leading to widespread erosion—and ecosystem collapse. Without vegetation, the soil simply blew away, leaving only glacial till—and little to no chance for seedlings to sprout. Where vegetation did exist, the ecological structures and functions were dramatically altered. 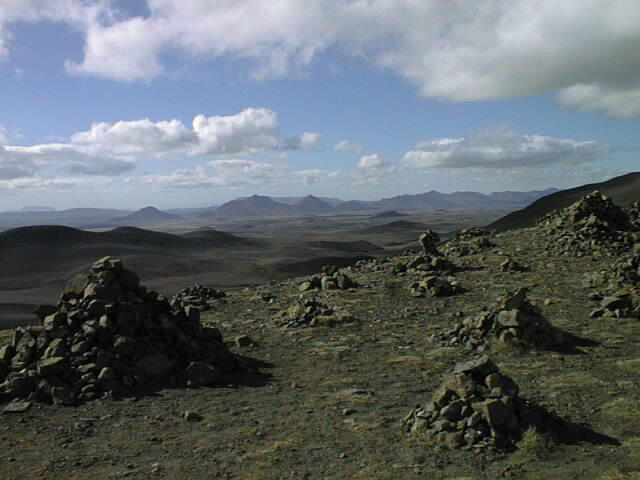 Human-made cairns mirroring a landscape with little to no vegetation, Northeast Iceland.

What was the upshot of my research? Ecosystems remember. That is, the biotic communities that were still present gave expression to their histories. Realizing this, I revisited my earlier questions: Could I find clues to impending shifts in ecosystem stress? Could I find early warning signs of ecosystem collapse? Yes. I saw signals in the landscape that were markers of past and present (cumulative) stress. I saw these markers fluctuate with the presence and absence of human-introduced grazers, which in turn, caused a cascading series of feedback loops that permeated the biotic communities of the Icelandic woodlands. Furthermore, I saw that the more cumulative stressors there were, the less the ecosystem was able to handle additional, present stresses.[1]

Perhaps one of the most interesting things to me, as a scientist, was that these ecosystems had emergent properties that told a different kind of story than could be told by their evolutionary history—or by the genes, organisms, or populations alone. Ecosystem-scale research can tell an additional narrative about the landscape—namely, that the landscape is both an expression of the past and an insight into the future. It was intriguing to me to think that humans are not the only ones who tell stories about nature. Nature tells us stories right back—stories about its own reality, and about our human reality, our past and future prospects, too.

Understanding that I was only touching on that reality, my scientific curiosity was nonetheless deeply fulfilled as I did this work. As I wrote in the acknowledgements to my Ph.D., “It is a gift to have the freedom to pursue a question of your own making—with the ultimate goal of learning how to think independently about its possible answers.” Even so, another can of worms had been opened.

We ecologists speak of “ecosystem change,” a phrase that can refer to relatively minor changes in ecosystem patterns and processes, or major changes in ecosystem state, such as a change from a woodland to an arctic desert. Additionally, we tend to be more than cautious about making explicit moral judgments in association with “ecosystem change.” (Our aim would be different at a divinity school.) But what about the story I was to tell? I didn’t see how I could separate knowledge of ecosystem stress and thresholds, much less ecosystem collapse, from moral judgment, particularly if humans were the primary cause. “Ecosystem change” does not seem descriptive enough to capture the inherent moral questions that are raised by such “change.” The founder of the Center for Humans and Nature, Strachan Donnelley, put it more bluntly:

Scientists have failed to help us to face human ignorance with respect to the effects of large scale corporate, economic, and public policy initiatives. In the main, the scientific community has fed our economic and technological boosterism and left us bulls in the China shop of nature. Here evolutionary biologists and ecologists should particularly feel the moral sting. They have failed effectively to grab us citizens by the throat and forcibly make us understand and take to heart that human communities and their activities, economic and otherwise, are nestled within wider and vulnerable living systems.[2]

I started my fieldwork with a largely ecological interest in thresholds. The questions it raised—and that I continue to wrestle with—are ethical ones: What can ecology tell us about what it means to be human? What are our responsibilities, given the ecological knowledge we have? There is no Last Word on any of these big questions. But I do have a place to start: We humans are storytellers. Ecosystems are too. It is our moral obligation to listen deeply and to respond with care. 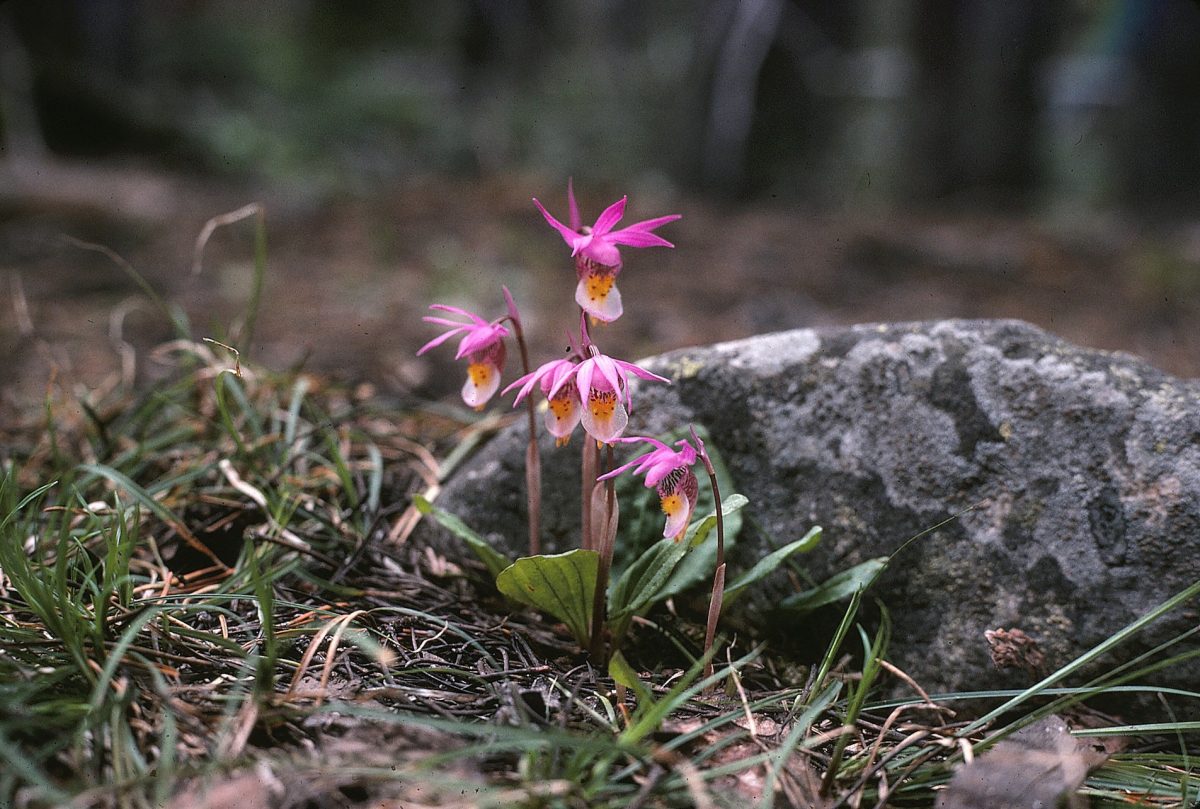