What Does it Mean to be Human Today?

There are as many ways of relating to the world as there are individual human beings. These ways of relating appear to fall into two main categories. The first— most prevalent today—aims at shaping the world to suit us. The second allows the world to shape us to suit it. While it is true that shaping the world to suit us only appears possible, for centuries it has been assumed within Western cultures that we not only may but ought to do so. That assumption has largely shaped what it means to be human today.

On what is that assumption based? Its cultural origins lie in the idea that humans are a unique species with a particular relationship to what, in the Timaeus, Plato calls “the Father of the universe.” The core of this relationship is the Father giving us an “immortal soul” or a unique intellect. This view of ourselves influenced later biblical interpretations of the Genesis narrative in which God created a “groundling” or “earthling” in his own image, giving him dominion over every living thing (Genesis 1:26). Then God breathed into his nostrils the breath of life and he “became a living being” (Genesis 2:7). The usual English translation of this last text asserts that he became “a living soul,” with “soul” and/or “intellect” distinguishing us (supposedly) from all other species.

This claim to our species’ originality, with or without its philosophical or religious basis (and certainly without a geological or evolutionary scientific one) still underlies common presuppositions about what it means to be human. It also supports the assumption that we (or more correctly, some of us) can and may shape the world to suit ourselves. However that ignores God’s final command to us in Genesis: “Serve the earth from which you were taken!” (Genesis 3:23). 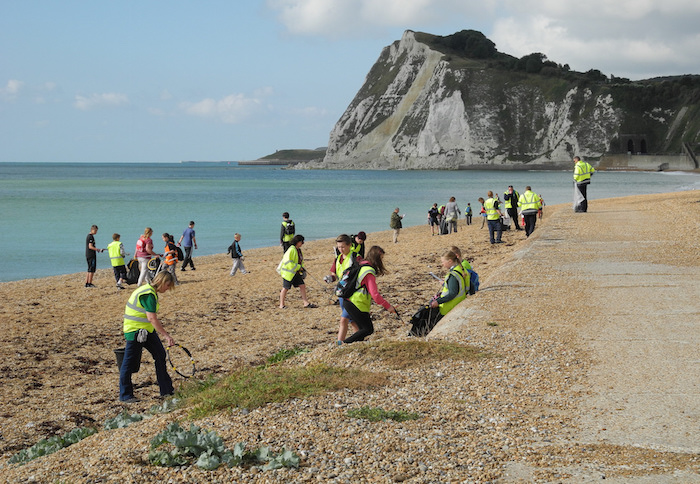 This divine imperative leaves no doubt about whether we may shape the world to suit ourselves. Instead, it commits us to serving the interests of all life on Earth, for only by doing so do we ultimately serve our own. That indissoluble link between our well-being and that of all other living beings, based on a shared dependence on Earth’s resources, still holds good. Its truth becomes increasingly evident as individual and collective human decisions to act primarily or even solely in our own interests are seen to have taken Earth and ourselves into what economic theorists describe as a state of “moral hazard.”

The basic understanding of working relationships underpinning this term deserves exploration, especially the word “moral.” It means the customary human tendency to take undue risks because the costs are not borne by the party taking the risks and profiting from them. On closer examination, this reveals an extremely immoral tendency: to take risks when an individual or institution does not suffer the full consequences of its actions and therefore acts less carefully than it otherwise would.

Economists explain moral hazard as a special case of information asymmetry: a situation in which one party in a transaction has more information about its actions and intentions than the party paying for the negative consequences of the risks taken by the other party. Like all analogies, this can only be taken so far. We signed no exclusive contract for services with Earth, nor Earth with us. But it throws some light, I believe, on what it appears to mean to be human in an age of global market capitalism. It means relating to Earth solely as a source of monetary profit, whatever the risk to its long-term, shared resource base, and doing so not to meet our needs, but to serve our greed for monetary wealth and property.

Pursuing this destructive illusion has created “market forces” that now wield more power over us than any democratic institution. As they increasingly shape our relationship with Earth, so we increasingly ignore our primary obligation of service to all members of its life community. Yet basic religious tenets about protecting the soil from overuse and all the inhabitants of the land from want (cf. Leviticus 25) are now supported by irrefutable scientific evidence that this is not in our own best interests.

Directly against those interests, the morally hazardous enterprise of taking whatever we can from the Earth to serve market forces has been and is politically, commercially, and legally encouraged—indeed, often enforced. Any land, river, or sea “lying idle”—that is, without some industrial, commercial, social, cultural, or human community “value”—is liable to be seized by whatever political or economic body assumes property rights over it. Its intrinsic value to all species is ignored on the assumption that the accumulation of money through property acquisition and exploitation of global resources is a human entitlement.

While this perspective has governed Western cultures almost from their inception, only now is its moral hazard with regard to the community of life on Earth becoming apparent. One reason for this is that our customary conduct has been judged “immoral” only in relation to our own species, and then only in relation to some members of it. Colonial history records the devastation of indigenous cultures and their lands in service to a financial economy imposed on them by force. Rectifying these disastrous outcomes calls for discarding a dominant self-perception in which we take the Earth, some of its human and all of its more-than-human inhabitants, as existing only to serve us. No wonder it is now considered scientifically correct to talk about the present epoch in Earth history as the Anthropocene.

But this is no badge of honor. It is emblematic of an unfounded, dangerous claim to sole ownership and use of Earth’s resources. Its hubris is evident in God’s challenge to Job: “Were you there when the stars were formed?” Today, we have seen Earth as a whole: as one body from which all life forms emerged and evolved, where we share those resources on which all depend for life, and to which we shall all return in death. Realizing the moral hazard of acting against this knowledge is what it means to be human today.