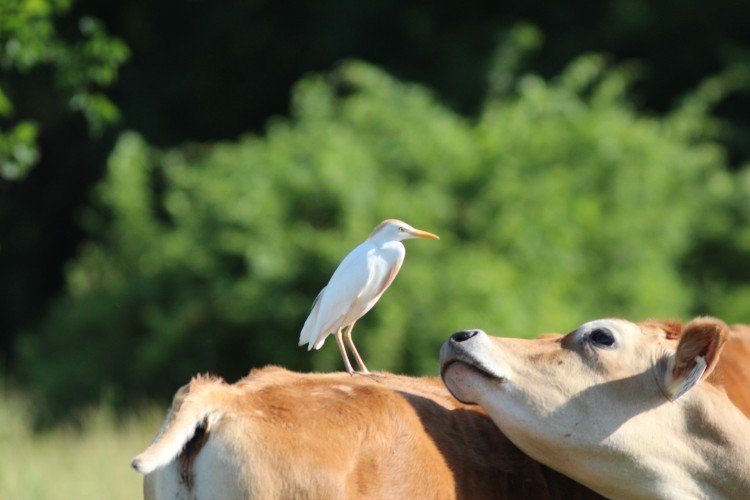 Click on the video. That’s a black guillemot. A juvenile, a youngster, not yet in its adult plumage. Munching a crab before diving amid the breakwater boulders for another.

The clip lasts six seconds. This marks the longest glimpse I had of this rare visitor to Huntington Beach State Park in the Lowcountry of South Carolina. My reward for standing at the end of a jetty, pelted by the salt spray of a cold and roiling Atlantic Ocean.

Take a gander at this picture. 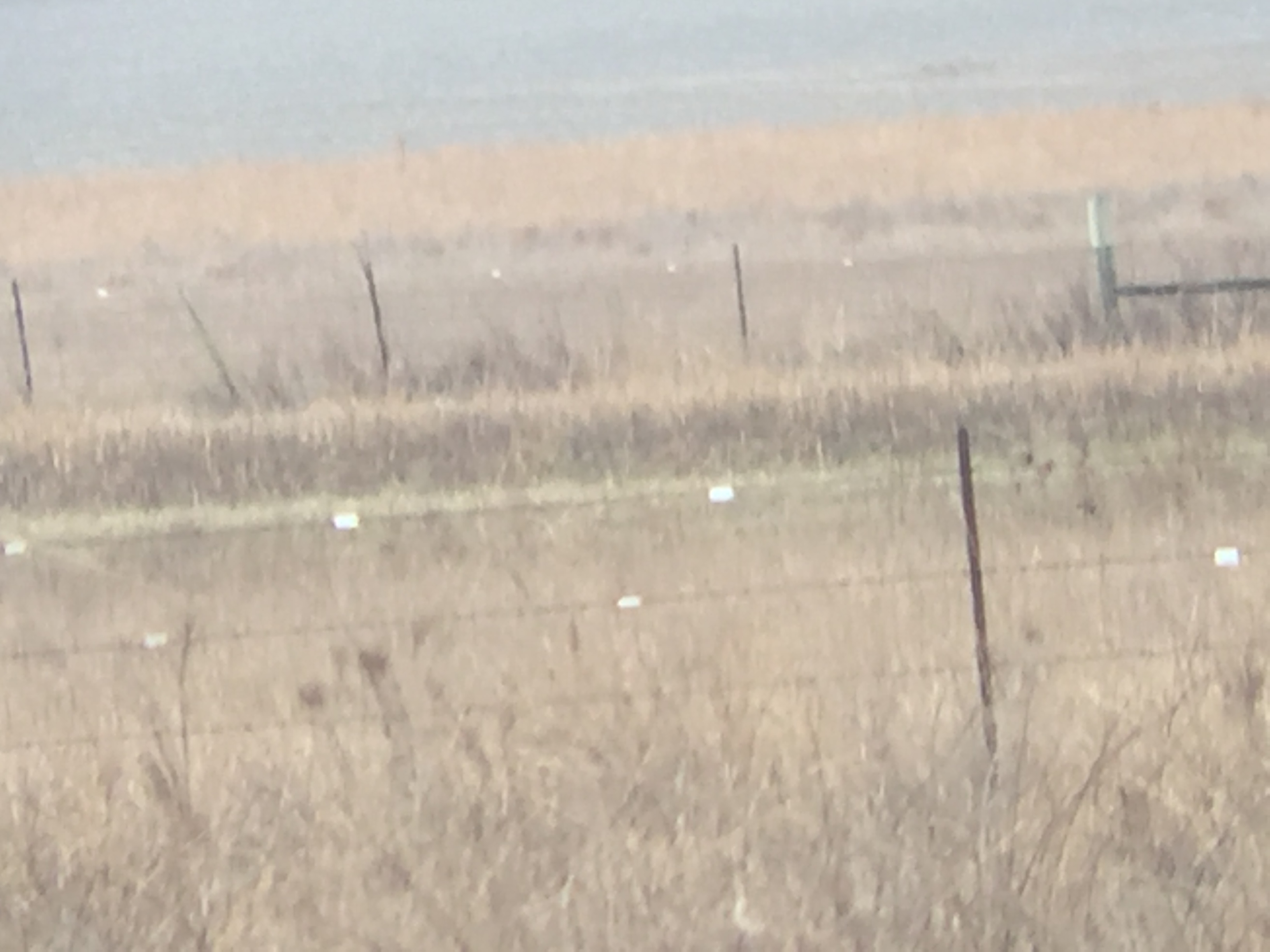 Apologies for the blurriness. It was taken with a cell phone camera on maximum zoom through a spotting scope. But look closely. Those brown splotches below the second white fence marker on the left-hand side of the photograph are a couple of rare prairie chickens. Totally worth it to wake up well before dawn for the chance to spy this even rarer species at a sanctuary in Jasper County, Illinois.

Why? Why do we do this? By we, I mean bird watchers. Birders. Bird nerds. Those of us who go out of our way to catch, oftentimes, but a fleeting, distant peek at some feathered creature that most people in the world don’t know exists. And don’t care.

I’m not an obsessive birder. Yes, I keep a list of all the birds I’ve seen, but it’s not that impressive. Of the 10,000 bird species in the world, about 900 are endemic to North America. According to the bird app on my phone (yes, I have a bird app on my phone—Sibley eGuide to the Birds of North America, if you must know), I have tallied a mere 212 species. But that does not include the birds I’ve seen on several European trips, nor those that I recorded in my tattered National Geographic Field Guide to the Birds of North America during twenty years of solo backpacking trips to the likes of Yosemite, the Rockies, the Badlands, and the River of No Return Wilderness.

One day I’ll get around to adding up all my lists, but, if I had to guess, I’ve probably seen near to half of the birds native to North America and a starter kit of European species. Respectable.

Still, why? Why do we—other bird nerds and I—rise super early in order to spy a distant splotch, or walk for miles along a cold ocean beach unsure if we’ll spot much if anything at all? 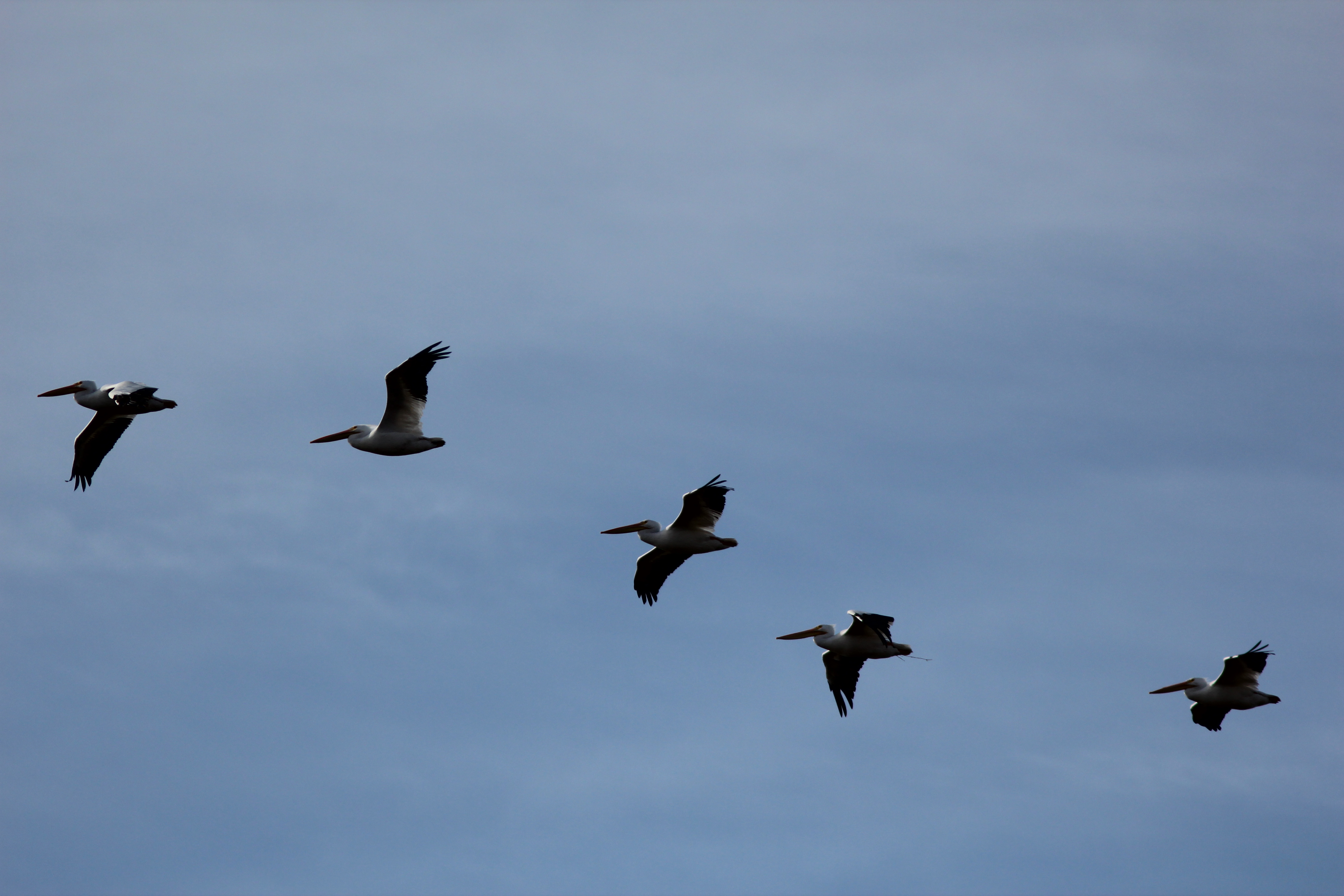 For me, I suppose, the answer begins with beauty. The blue unlike any other blue of an indigo bunting, made bluer still for being accented by a tiny tusk of an ivory-hued beak. The angel-like grace of a white pelican on the wing, its wingtips strikingly inked in ebony. The harlequin motley of the deceptively named wood duck. (Its name actually derives not from its coloration, but rather from the fact that it is the only duck species to nest in tree cavities, which affords the lucky birder the chance to witness tiny fluff ball fledglings leap out of their tree nests and flutter-plop into the water below.) The fierce warrior-painted face of a kestrel, our smallest hawk. The list goes on and on. 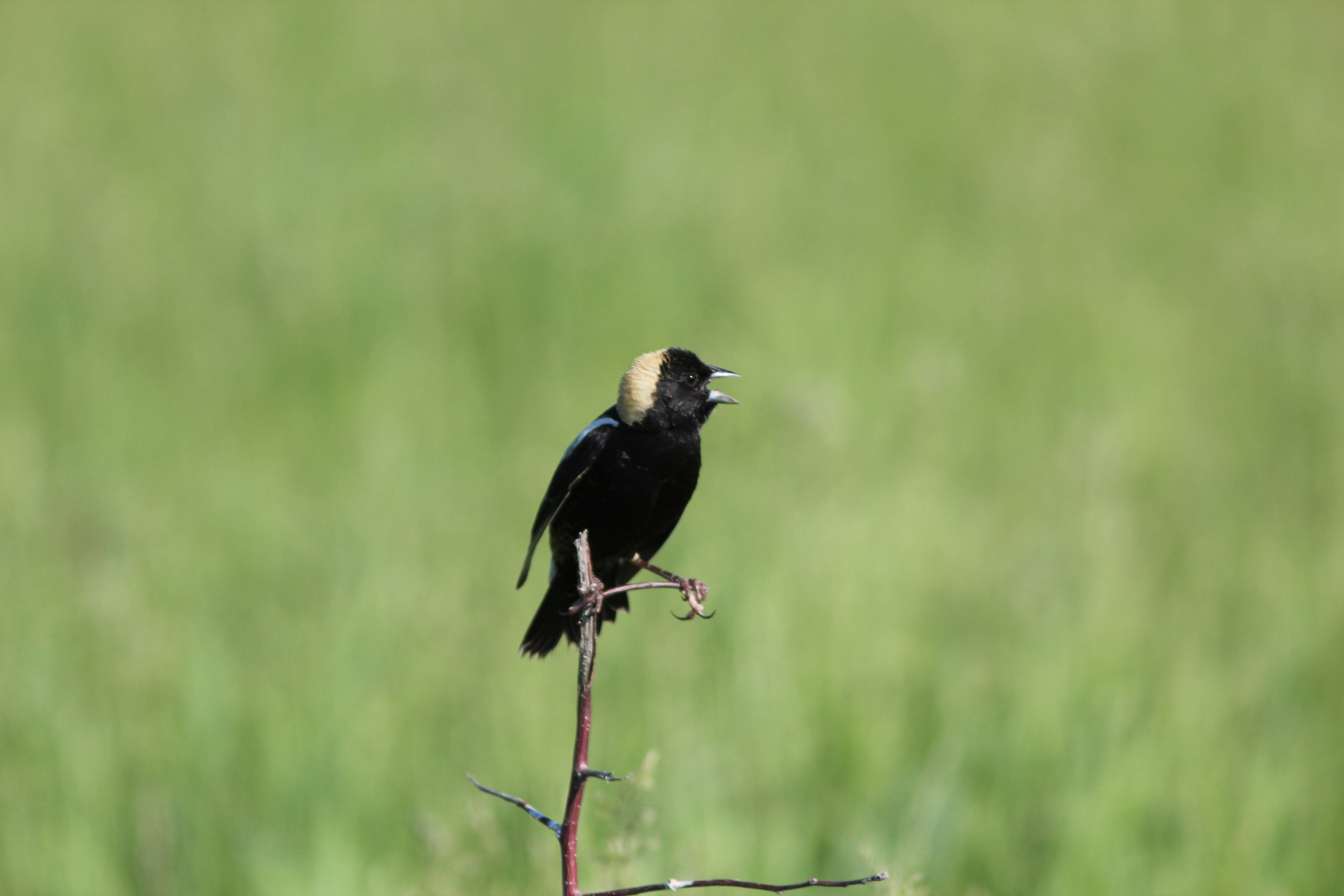 And not just visual beauty but aural beauty, as well. The four-note descants of eastern meadowlarks, among the first avian choristers to signal that we have survived another winter. The intoxicating mating melodies of bobolinks, delivered on the wing in their tuxedo-like plumage, which Thoreau rhapsodized thusly: “This flashing, tinkling meteor bursts through the expectant meadow air, leaving a train of tinkling notes behind.” And, of course, there is the skydance of American woodcocks, which, as Aldo Leopold described, launch themselves into the air at dusk, “in a series of wide spirals, emitting a musical twitter. Up and up he goes, the spirals steeper and smaller, the twittering louder and louder, until the performer is only a speck in the sky. Then, without warning, he tumbles like a crippled plane, giving voice in a soft liquid warble that a March bluebird might envy.”

Coupled with beauty, as to why this birder birds, is the sense of adventure. In a way, birding is akin to going to an art museum. That is if all the VanGoghs and Gaugins excelled at playing hide and seek. And, assuming you could find them, you may get only a partial sighting of your favorite Picasso before being distracted by a glimpse of a Magritte. Or a Goya. Or, wait, was that a Monet or a Manet? A Rembrandt or a Renoir? Let me check my guide book. Oh, man, I’ve narrowed the possibilities down to three: Pissarro, Cassatt or Sisley. I hope it returns so I can get another look. Shit. Well, maybe next time.

Closely allied to beauty and adventure is the sense of wonder—wonder and amazement at the miracle of so many tiny machines. Every spring I am simply gobsmacked at the return of various warblers and wrens and whatnot, knowing that they have traveled thousands of miles from their wintering grounds, as far south as the southern tip of South America, back to their breeding habitat in the Chicago region and beyond to the Arctic Circle. The blackpoll warbler, for instance—an art student’s study in contrasting black and white patterning, with speckled body, striped wings and two-tone head—travels the farthest among the many different kinds of warblers. The most astonishing part of its 12,000-mile journey from South America to the western shore of Alaska is a 3,000-mile leg over the Atlantic Ocean, which requires flapping its wings at twenty beats per minute for up to ninety hours without stopping until it makes landfall. Not bad for a creature that weighs less than half a first-class letter. 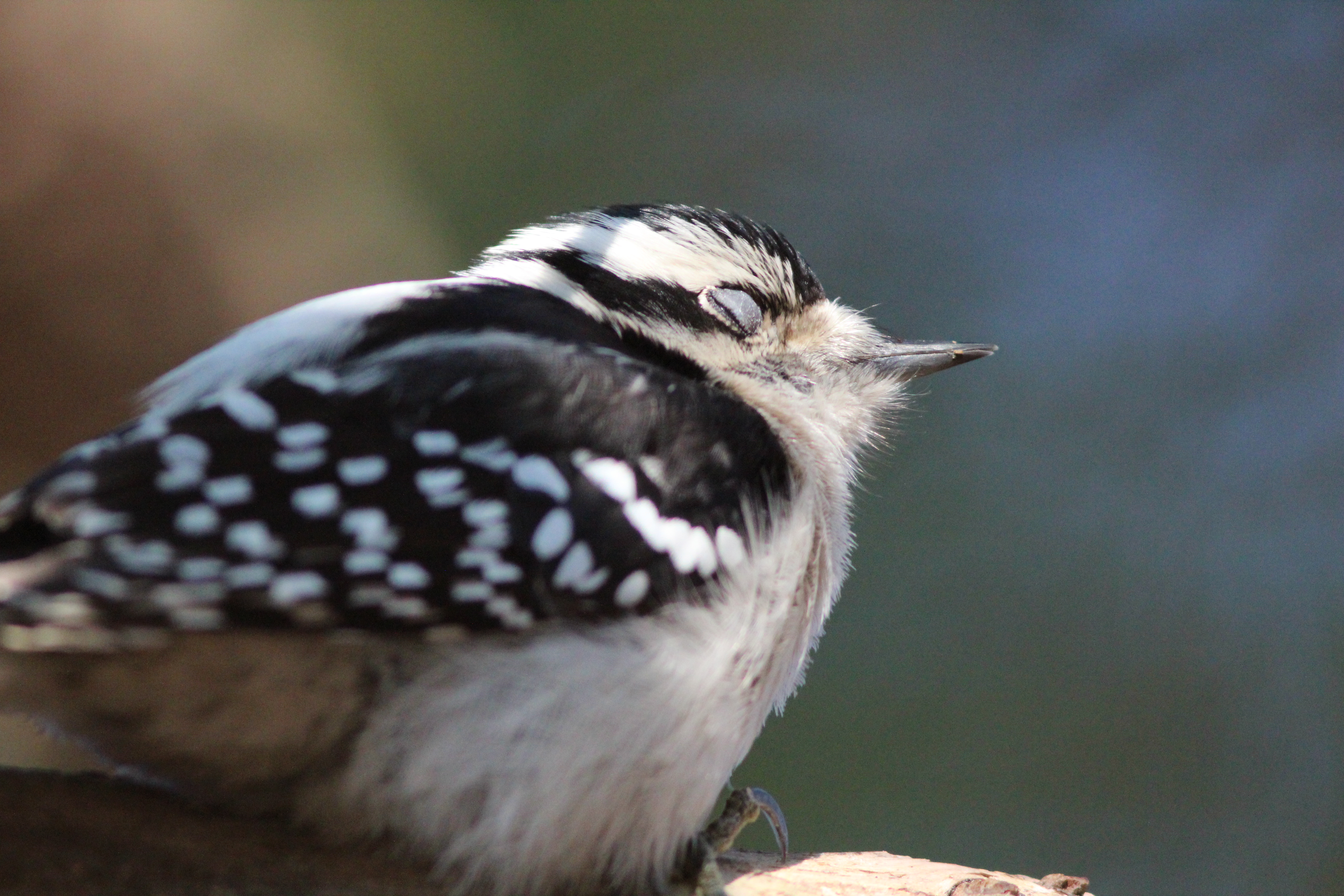 In addition to their endurance and navigation skills, many birds are highly efficient killing machines. Every once in a blue moon, we’ll spy a bird simply resting, sitting still, taking a powder. Even taking a cat nap, if you will. But mostly we observe birds when they are actively on the hunt. Birds, like bats, eat a lot of bugs. Including those whose diet is primarily vegetarian. Hummingbirds, for instance, burn up so much energy flapping their wings about fifty beats per second (yes, per second) that they typically consume their entire body weight in nectar—and also up to 2,000 insects—each day. 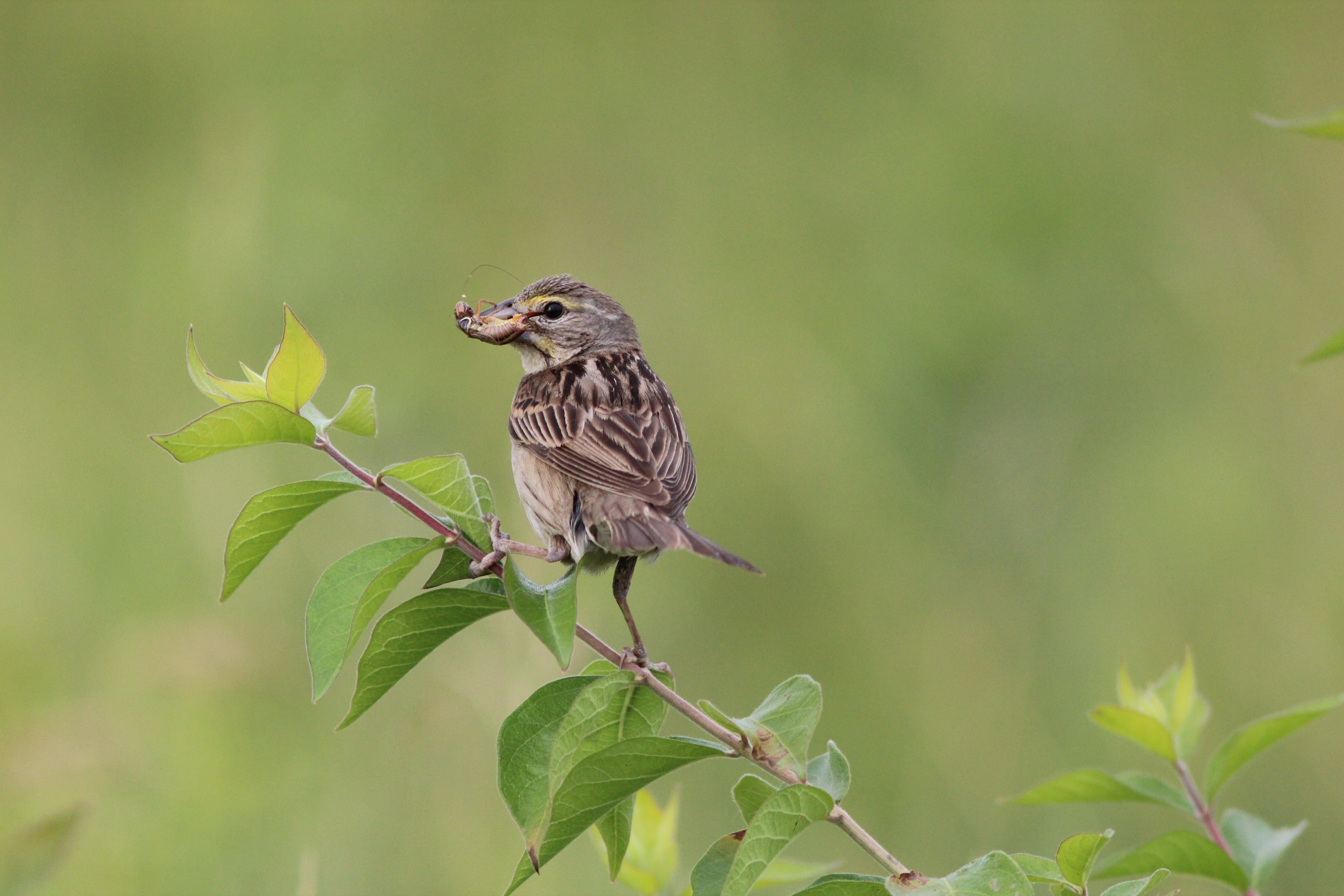 More dramatic, of course, are the meat eaters. The Zen-like stillness and concentration of a snow white great egret, before it suddenly spears an unfortunate frog with its stiletto of a beak. The imminent threat of a northern harrier as it flap-floats but a few feet above the prairie grasses, keenly attuned to the least rustle or movement below, before pouncing upon the careless vole—or snake or frog or insect or even another bird—which it crushes to death with its talons before swallowing whole or tearing into gulp-sized bits. Even more thrilling—yes, I suppose to describe it thusly perhaps outs us as blood-lusty as any ancient Roman in the Coliseum or modern-day fan of the Predator movie franchise (a fourth incarnation premiers in 2018)—is watching a loggerhead shrike snatch a grasshopper or, again, another bird, and cache it, trophy-like, on the thorn of an Osage orange tree. 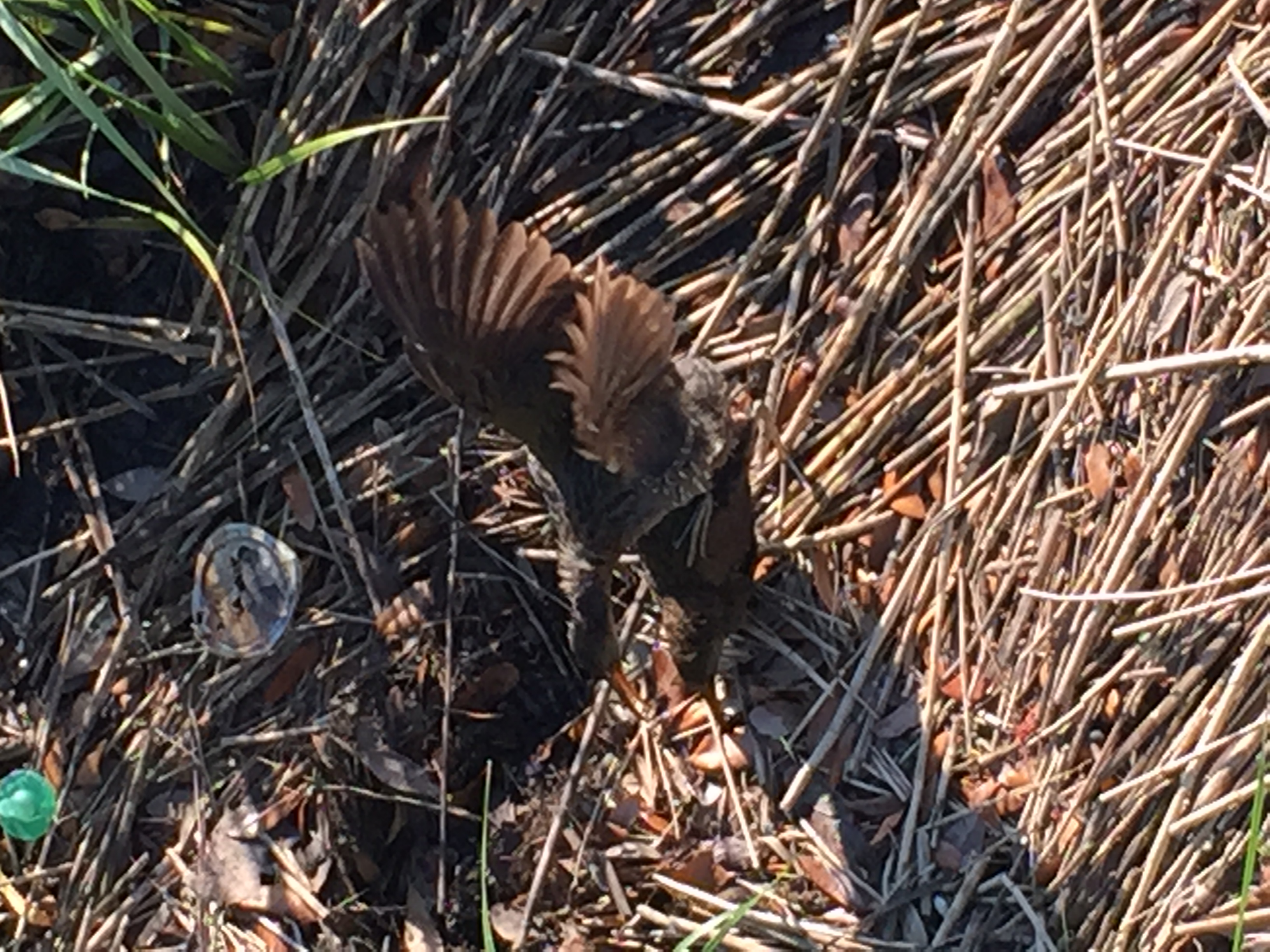 And don’t even get me started as to what it outs us as when we peek through out binocs at the various mating behaviors, and even the very acts, themselves.

For me, the sense of wonder I feel when I’m out watching birds stems as well from the living links they provide to our ancient past. To see a blue heron launch itself from a tree perch—all gangly and reptilian—is to be time-machined to the Mesozoic Era and experience a pterodactyl taking to the sky. Or, again, as Leopold reminds us, when we hear the clarion call of a sandhill crane, “we hear no mere bird. We hear the trumpet in the orchestra of evolution. He is the symbol of our untamable past, of that incredible sweep of millennia which underlies and conditions the daily affairs of birds and men.”

But more than anything, I suspect, I seek out birds to live in hope. As Emily Dickinson reminds us:

“Hope” is the thing with feathers –

That perches in the soul –

But there’s a catch. By way of explanation, allow me to pick a bone with Ms. Dickinson, whose poem reads in its entirety:

“Hope” is the thing with feathers –

That perches in the soul –

And sings the tune without the words –

And sore must be the storm –

That could abash the little Bird

That kept so many warm –

I’ve heard it in the chillest land –

And on the strangest Sea –

Yet – never – in Extremity,

As pretty as the sentiment in the final stanza is, birds do in fact ask something of us. With their preening, their singing, their feasting, their mating displays, and, increasingly, their absence. They ask for our help. They require our help.

No one really knows how many black guillemots there are in the world, due to their preference for hanging out offshore in the remotest northern coasts of North America. But we do know how many greater prairie chickens remain in Illinois. About a hundred. Prior to our turning the Prairie State into, essentially, one big farm field of corn and soybeans (with a few island cities and sprawling subdivisions for good measure), prairie chickens used to number in the millions. In addition to destroying their habitat, we also loved to shoot them. For fun and profit. Shipped by the ton to Chicago, they made their way into pigeon pot pies, which sold on the street for a penny a piece. Some were shipped to New York’s famous Delmonico restaurant, where the breast meat was jellied and garnished with “mushrooms, glazed truffles and well-cooked cock’s combs.” 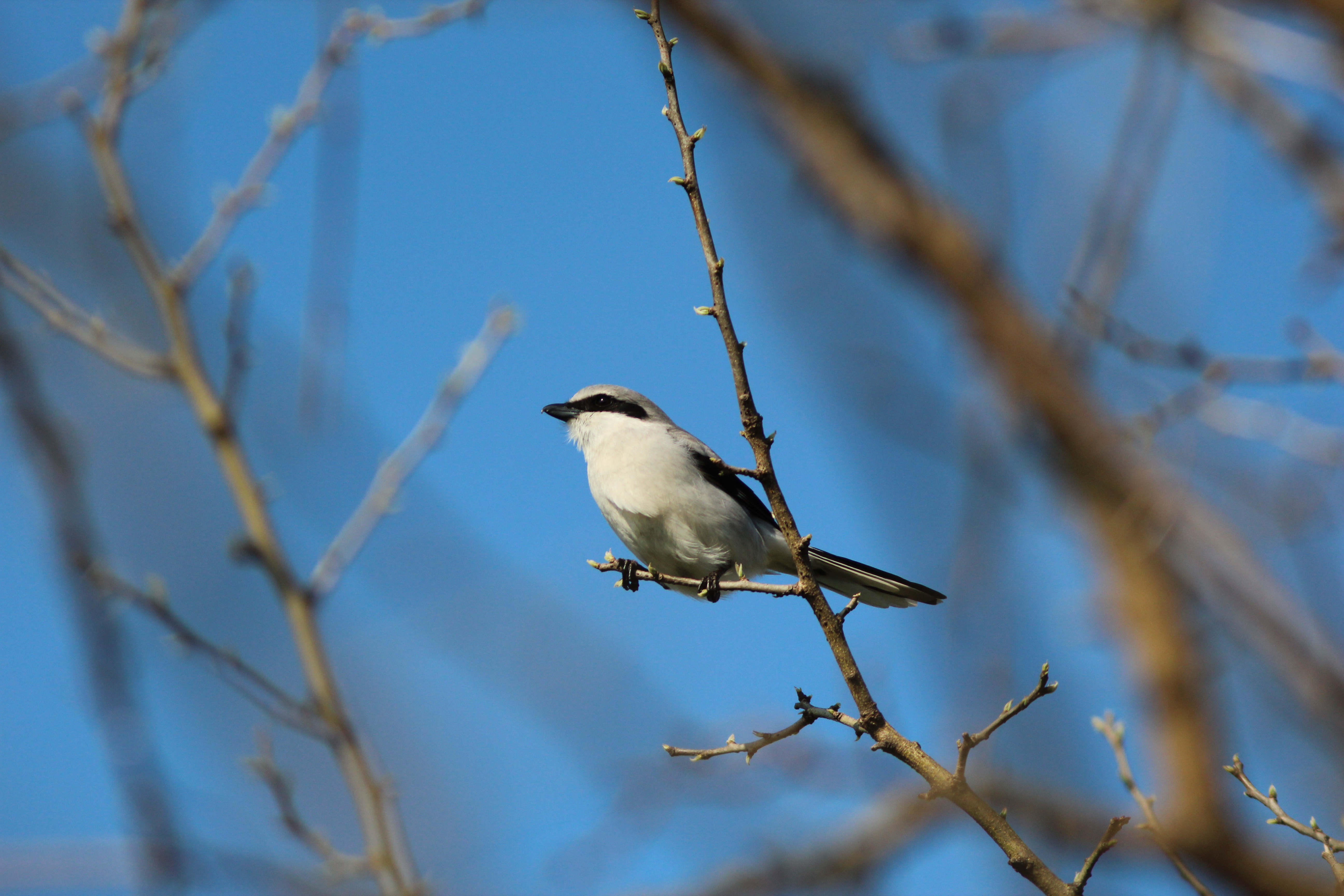 Loggerhead shrikes never numbered in the millions. But they, too, have suffered from the effects of habitat loss. They are listed as a threatened species in Illinois and proposed for listing as threatened at the national level. A few years back, Audubon published a report that even common bird species, mostly due to habitat loss, have suffered major population crashes over the past forty years. The number of Eastern meadowlarks, as but one example, has declined by 72%. To put it another way, today there are seventeen million fewer meadowlarks in the world.

We are the cause. We are also the salvation. And therein, too, lies my hope. My hope is in the growing number of professionals and volunteers who work hard to protect land and restore habitat, which birds and all plant and animal species need for their very survival. And, in truth, our own survival as well as our delight.

Already birds are returning with the spring. Hope fills the air. Look up. Listen. Lend a hand. The true resurrection is up to us.