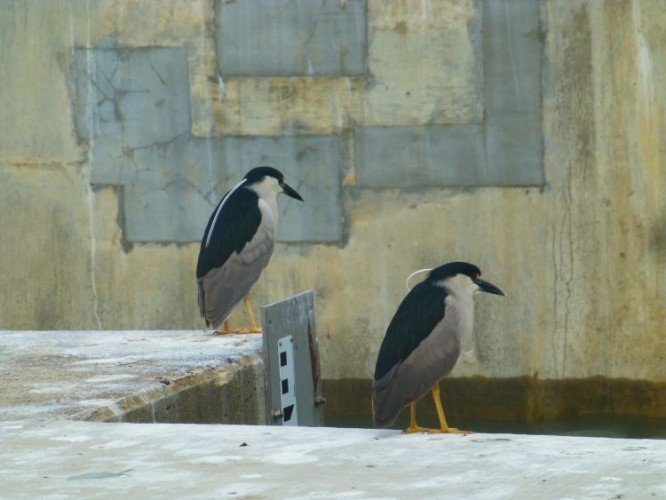 “Why study urban wildlife?” is usually the first question people ask me when I tell them what I do. Actually, it was also the first question I was asked during my dissertation exams. I believe the exact phrasing was: “Why should we waste our time studying weedy animals in cities when that time and money could be better spent working in real nature?”

At the time, I mumbled something about how the world is urbanizing, and it probably behooves us to know a thing or two about the fastest-growing ecosystem on the planet. And nowadays, when other scientists and graduate students ask me the same question, I give variants on that same answer (with, I hope, a bit less stammering). It’s certainly true, but it also isn’t the entire reason.

When teaching, I give a different answer when my students ask me this question. “Because I’m lazy,” I often say. “I don’t have to drive very far to my study sites, and I get to sleep in my own bed.” I do this in a fairly lame attempt to ingratiate myself to them, which is occasionally successful. This is, needless to say, not the real reason I do what I do either, though there is something to be said for the convenience of doing field research close to home.

I suspect the real reason I study urban wildlife is, at heart, the same reason anybody studies anything—because it fascinates me, in a way that’s difficult to put into words. Humans, the ultimate ecosystem engineers, have built immense, sprawling concrete and asphalt complexes, for the express purpose of housing ourselves in relative comfort. But as we did so, we also created new and relatively unknown selective pressures on wildlife.  Many species, understandably, could not adapt to this hugely altered system, or at least have not yet.  Others seemed to feel at home straight away. And still others are only just beginning to poke their noses and beaks into our towns and cities, trying to find their own urban niche. How can we predict which species will thrive? How can we reduce conflicts with nuisance species? Can urban areas serve as refugia for rare and imperiled animals? These are all fairly new questions, and big unknowns attract scientists like statues attract pigeons. I am certainly no exception.

We’ve uncovered relatively few universal trends about what sorts of species do well in cities. They tend to be relatively small, common, habitat generalists. Then again, I got my start studying urban black-tailed prairie dogs, which are fairly small, but have lost more than 98% of their original population in the last hundred years or so, and are considered grassland specialists. And yet, you can find them all over Denver, Colorado, including a few who somehow live between parking lots and sidewalks (see photograph). 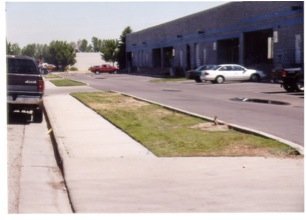 People tend to be polarized in their attitudes towards these urban species. One no doubt well intentioned (if somewhat misinformed) person used to drive by my prairie dog study site when I was collecting data and throw things at me from their car, while calling out, “Leave the gophers alone!” A kindly old woman walking past once asked me if my research would help drive the prairie dogs extinct. When I said no, she calmly informed me that she could not then, in good conscience, support what I was doing.  We seem to be, to put it mildly, of two minds about sharing our cities with wildlife. 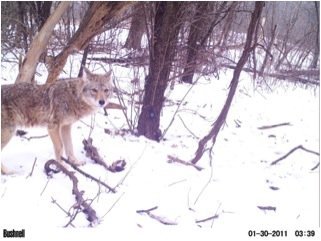 Nowadays you can often find me driving around Chicago, collecting data on the distribution, abundance, and movement of local species as part of the Urban Wildlife Biodiversity Monitoring Project. We’re getting a good idea of how species like coyotes (the one to the right is a favorite of mine), raccoons, opossums, skunks, foxes, and deer co-exist with humans and one another while adapting to Chicagoland. Our data will help inform development and management strategies as our city continues to expand, and as its green infrastructure vision is realized.

It’s impossible, when you’re fighting through traffic to visit over 100 sites, especially in the dead of winter, not to meditate on why it is that you decided to study urban animals. It’s also difficult not to be inspired when you come across a pair of coyotes crossing Roosevelt road through little wreaths of fog. It’s moments like that when I find myself thinking, “I really like this place.” And then, in my anthropomorphizing little heart, I wonder to myself whether those coyotes might be thinking more or less the same thing.