Wild in the Streets

I thought they were stray dogs the first time. Then my headlights caught the yellow eyes, blasé at my intrusion. They stood, long-legged as they pleased on the side of the road, matted fur buff gray and lemony, dream characters unbidden from the darkness of chaparral. No street lamps along that hillside hairpin as I made my way home from another night shift at the paper, no moon that night, only starry infinity above and a vastness of city lights visible. Here and there, blinking on black velvet in the distance below. 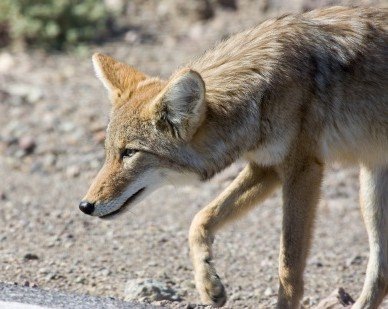 I had just bought one of the houses around the next bend, a peeling stucco mission-style affair clinging to a slope overlooking the San Fernando Valley. I soon got used to the view and the coyotes. I got to leaving chipped bowls of water and kibbles on my overgrown flagstone patio (frowned upon I knew) hoping I might catch a glimpse of them through my study window as I sat, frozen at my Underwood typewriter. It was the 1970s and I was behind on everything most of the time.

I sharpened pencils and mused on coyotes and other beasts of the civic semi-wild, but my publisher at the time expected something else, and right away. I closed my eyes and summoned coyotes to show themselves out there when my kids visited on weekends. Raccoons—less shy—showed up instead to dine and then clean their hands in a makeshift finger-bowl under the patio light, much to the children’s delight.

Though their main diet consists of rodents, urban legends have coyotes eating chihuahuas and cats, just as fairy tales have the big bad wolf consuming unwary children. Okay, once in a while, stray pets can fall prey. But death by automobile is more usual for pets and for coyotes themselves. We all try to cope.

I didn’t raise my kids with those myths. We’re among those secret legions who quietly give aid and comfort to the other side. After all, the coyotes, wolves, bobcats, coons, possums, ravens, crows, gulls—all of them were here long before us. We’re the interlopers. Plus, like many of us, I admire the adaptive genius and gritty survival of these much maligned wild critters in our ever-expanding, paved and glassed in, energy-sucking burbs. They remind us that we’re creatures of that same wild ourselves, and better learn to accommodate, because dominating is a dead-planet-end.

No surprise that creatures of the urban wild show up as characters in my stories now, just as animals in general have always appeared in mythology, our dreams, and literature. They arrive unbidden, in their own time, like the pair of coyotes I first saw on Mulholland Drive.

Like last fall when a couple and their two young children stayed with my partner, artist Eleanor Spiess-Ferris, and me for a week while visiting Chicago. The couple’s son, a delightfully talkative seven-year-old, kept going on about what he was going to name the dog he said he was getting for Christmas.

Gently, but firmly, his parents made clear that no dog was on their horizon. His father was allergic. But the boy kept right on thinking up names, including “Anubis.” It was as if by naming the dog it would materialize, no matter what. Good story material, I thought—that and his invoking of Anubis, the ancient Egyptian jackal-headed deity who shepherds the dead to the next world and makes sure their souls are weighed fairly. The boy had heard the name on a TV cartoon series, but that didn’t diminish its power. Cartoons and video games play constantly with archetypes in every which way, “House of Anubis” being an animated series appropriately about ghosts, but staying on the cute side, well away from the original Egyptian jackal-god mythology. 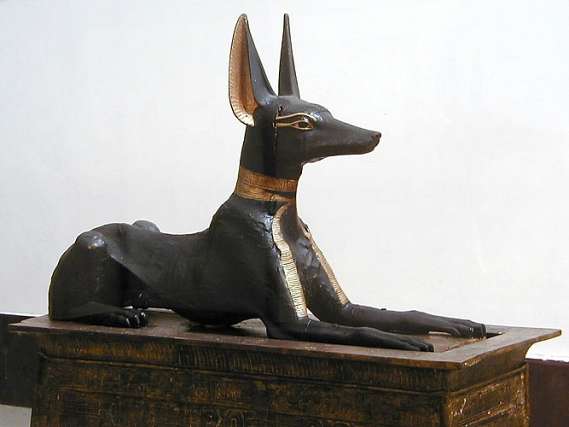 Coyotes, of course, are American jackals. It seems that Egyptian jackals inhabited ancient Egyptian cities thousands of years ago, same as American coyotes do American cities today. Like their modern brethren, they were often seen prowling cemeteries, probably for small game, and naturally became associated with the dead.

One of Franz Kafka’s collected “Parables and Paradoxes” tells of panthers breaking into a temple to drink sacrificial blood each night, until their break-ins become intrinsic to the rituals therein. This is Kafka pointing out the never-ending interplay between human beings and their animal kin, between order and chaos, rational and irrational, symbolic and real, civilization and the natural world that we like to pretend are separate, knowing always, that coyote, or Anubis, comes eventually to lead us away. 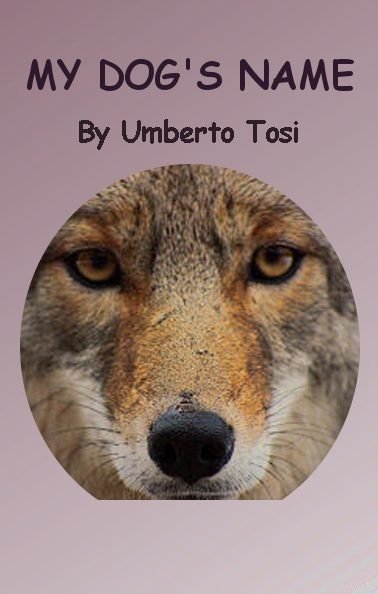 I took the idea of our visiting boy and his wished-for dog to my writing desk, thinking to write a boy-and-his-dog tale. But the boy gets lost and the dog never shows up. Instead the boy meets a coyote with whom he goes feral in the Hollywood Hills. Though amid a gargantuan metropolitan sprawl and dotted with expensive homes, those hills are by no means tamed. Nature frequently makes herself known to forgetful, fame-chasing, freeway-jammed Los Angelenos in the form of earthquakes, explosive brushfires, flash floods, and mudslides. Rattlers side-wind through thick chaparral. Gravelly yellow adobe soil gives way underfoot. All this washed into My Dog’s Name, a novella published in January.

Somehow, Anubis called forth my own boyhood memories as well—of the big brick house of my grandparents in Boston, with its dark Victorian furnishings, art works, Italian opera and food and a replica of the famous Etruscan bronze of babies Romulus and Remus—mythical founders of Rome—being suckled by a watchful she-wolf after they had been left to die by the Tiber by a vengeful king. I had forgotten the feral fantasies that sculpture had triggered in my five-year-old mind. Enter the trickster coyote god of Native Americans—a character who steals fire for humans, not unlike Prometheus, and is echoed by the Senegalese trickster creator Jackal. 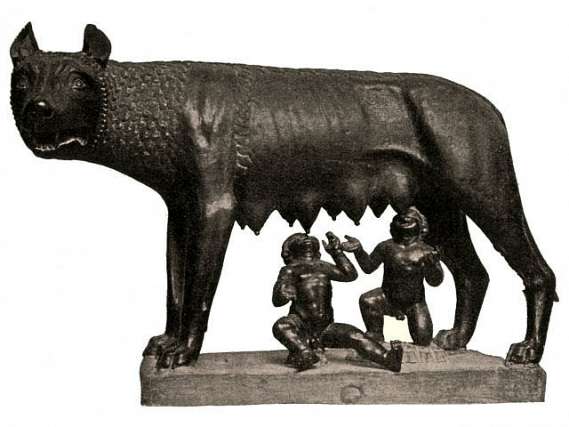 We are an overwhelmingly urban civilization now. If we want cities to be livable, they need to be healthy habitats for wild creatures as well as ourselves. Think of our cities devoid of wildlife—of their birds, squirrels, rabbits, coyotes, deer, raccoons, possums, duck, geese—a vast sterile mall where people shop, work, and flush, empty-eyed—us and only rats and roaches that scurry beneath the floors, out of sight. Wild creatures could be seen only in zoos, or perhaps, on camping trips from afar, in digital images, commercialized and sentimentalized.

Our creative spirits would likely starve in such a deprived ecosystem. Our myths would be tamed—as they already are becoming, enacted by cute CGIs with sentimental scores. The natural world ultimately sustains our spiritual and creative as well as our physical selves. Those wild things, like Anubis, guide us through unconscious realms that give meaning to life. The Capitoline she-wolf nursing the twin baby co-founders of Rome symbolizes this creative symbiosis between animal and human city dwellers. We need more than our machines, edifices, pets, and livestock. We need those free creatures with whom we share habitats as much theirs as ours—not always a seamless mingling, but an essential one that nurtures both us and them in co-evolution.