My once-familiar back yard has been transformed by a giant salad bowl. By backyard, I’m referring to the 3.3 million-acre jumble of rock, ice, and alder bushes cut by convoluted fjords and called, by current generations, Glacier Bay National Park.

By transformed, I’m referring not to changes in the landscape herself but to a shift in my awareness. And the giant salad bowl is really a parabolic dish housing an exquisitely sensitive microphone wired to a pair of headphones that have been clamped tight to my head for much of the last year.

Along with fellow recordist Richard Nelson, I am half way through a two-year contract to create a library of natural sounds including the wheezes, clicks, whispers, groans, and other noises emanating from the land and her creatures. Our job is to be out in the world, keenly listening, and, whenever we hear something beautiful or bizarre, hit the record button.

To get a sense of the type of transformation I am experiencing, imagine the decades of your life blurred by lousy vision. Trees: roundish blobs. Cars: whizzing blocks of color. Faces blended, indistinguishable.

Now imagine someone settling the perfect pair of glasses onto the bridge of your nose. Let’s say it’s your sixth decade of squinting at the world, and the first thing you do is go out on the back patio, the place your children used to play, the yard where you’ve gardened and barbecued, the spot where, each evening, you’ve shared a beer with your sweetie. With the first glance, the various blobs of green tingle with thousands of sharp-toothed leaves. You spin your gaze and discover the smooth voice of your beer-drinking spouse emanates from a startlingly, how should we say, goofy looking face. The more you look the faster the familiar scuttles away, slipping beneath a sheen of detail and texture.

The more I gather up sound with the wide reach of my salad bowl, the deeper the familiar gets buried beneath the whistles and whirs, blows and bellows, squeaks and songs of my backyard.

So, after months of pointing microphones into the back of coves and bottom of crevasses, into the depths of alder thickets and through the expanse of spruce forests, what, if anything, does the Earth ask of us?

Honestly, I’ve yet to hear a clear question. What is distinct, within the squarwks of ravens, trumpets of whales, skittering of murrelets, and ripples of salmon is one compelling, absorbing, gorgeous, ever-changing, never-ending invitation to pay attention.

Scott Russell Sanders writes about living at the confluence of the five rivers of our senses. The constant flow of sensations and sounds, sights and smells, tastes and textures suspends us in a vibrant web of relationships. Of the five rivers, Sanders highlights the power within the currents of sound: “The eyes may trick us into a sense of mastery but the ears know better. Sight insists on separation; hearing, like touch or taste or smell, insists on connection. Close your eyes and sound enters you, like juice flowing through the fuse of the flower, like the surge of dream or desire.”[1]

Acceptance of Earth’s invitation to pay attention, at least here in the Alaska wilds, is three parts delight and one part troubling sadness. Delight born in learning to tease high wispy notes of a Townsend’s Warbler from the staccato song of an Orange-crowned. Delight in realizing that the graceful and silent deer actually have a lot to say. Delight that gets catapulted into stunned rapture when the underwater song of a humpback whale resonates through my boat like a rung bell. The joy that follows me to the tent after a long day of recording is, I believe, testimony to the truth of Sander’s words.

The troubling part is rooted in all the hours the purr of puffins and chatter of sea otters spills across a background of droning boats or whistling jets. After a year eavesdropping on the remote wilds of my backyard, it’s sobering to realize that the thrum, chug, and whine of combusting carbon is competing with the wind itself as the most ubiquitous sound on the planet.

We have all the graphs, charts, and reports we need to know noise pollution is the least of problems associated with burning carbon. We don’t need any more data. What we need is an intelligence as deep as the hole we’ve dug. An intelligence beyond our cultural obsession with economic growth. An intelligence informed by science but awash in the five rivers of our senses.

Unlike water, drawn by the unwavering pull of gravity, the flow our senses is drawn by the fickle force of our awareness. In our cityscapes, where the waft of spring flowers mixes with the thick tang of exhaust and the explosion of carbon combines into a torrent of noise, we ignore the river of our senses as an act of self-preservation. And when we do, the rivers slow and begin to collect the sediments of our neglect. The web fades and our intelligence dims.

Getting out of the hole we are in will require an intelligence far deeper and wiser than the cleverness used to the dig the hole in the first place. William Blake gestured toward this brighter intellect when he wrote: “If the doors of perception were cleansed everything would appear to man as it is, infinite.”[2]

Whether vibrantly felt in Alaska’s wild or dimly perceived beneath the cityscape’s din, the Earth’s invitation to pay attention is always there and we can no longer afford not to listen. The huff of air through feathers and the whisper of snow through trees carry no answers. But in tuning our ears to the dense diversity of voices clacking and whispering all about us, we engage in the much-needed work of swelling the breadth of our awareness. 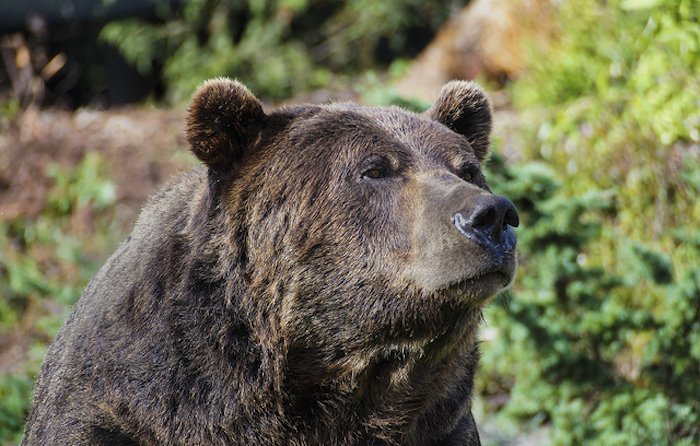