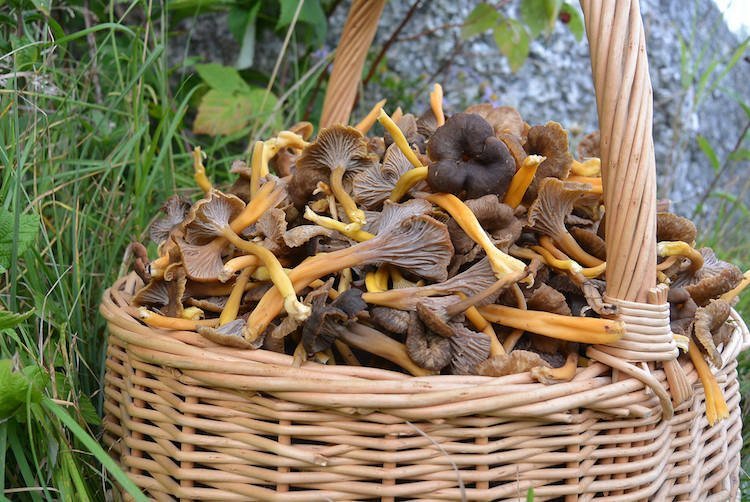 I’m calling what I do urban #sciart performance, historical interpretation. And I’m saying I’m qualified to do it because I was an English major with a minor in Marine Science, and I went to graduate school for Museum Studies, and most important: I am a big nerd. I love the history of women in nineteenth-century science and their clothes, and I’ve been dressed as Mary Elizabeth Banning (1822-1903), “the mother of Maryland mycology” for most of the past month. 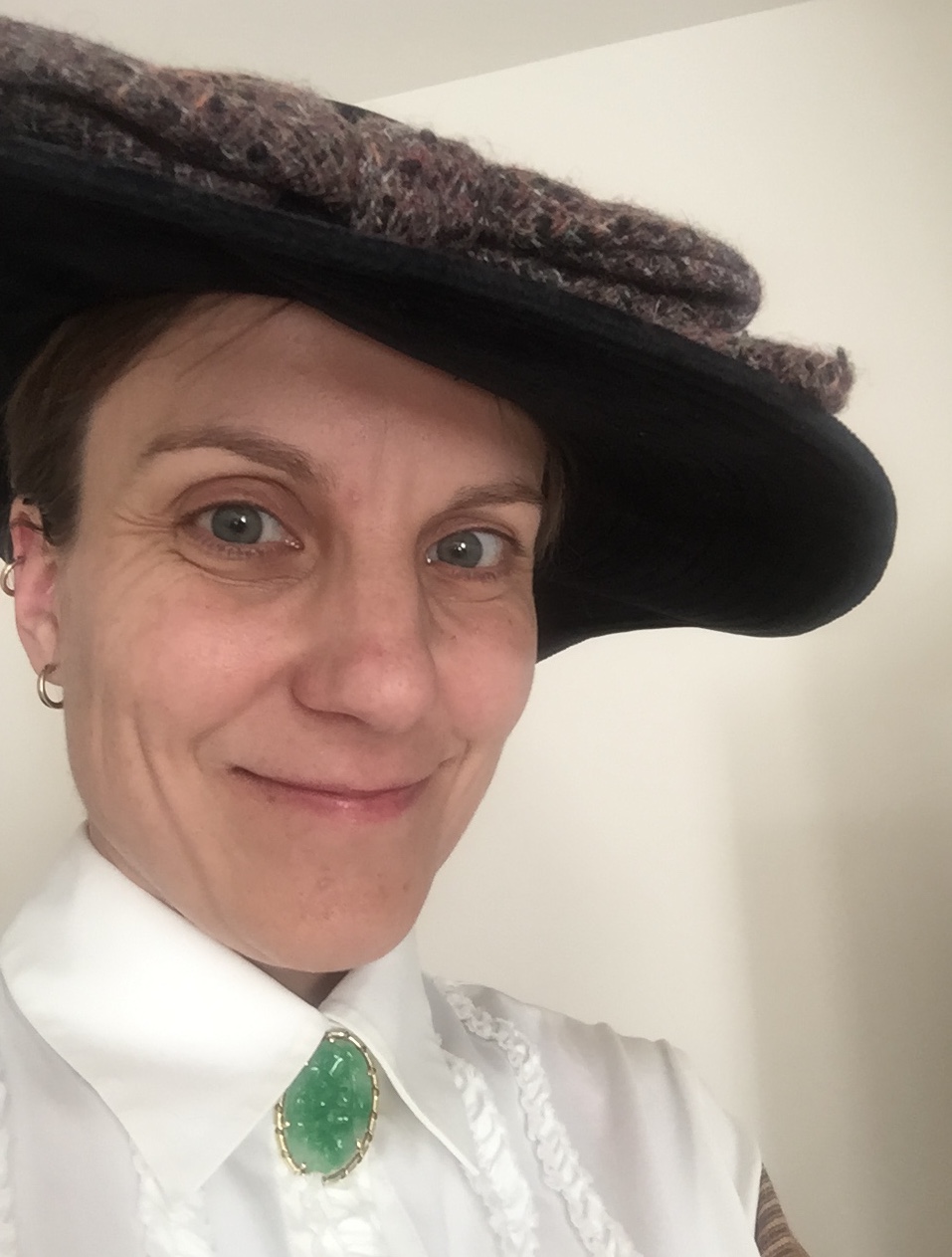 Is this living history cosplay of a nineteenth-century lady naturalist a mid-life crisis? Because, according my gynecologist, my estrogen “is shit.” Shiver, I think to myself. “I hope not,” I say out loud, pulling the wool shawl that I would never otherwise wear around myself for warmth as I use my mushrooming stick on the duff, searching for late-season chanterelles, “I’m having a great time.” 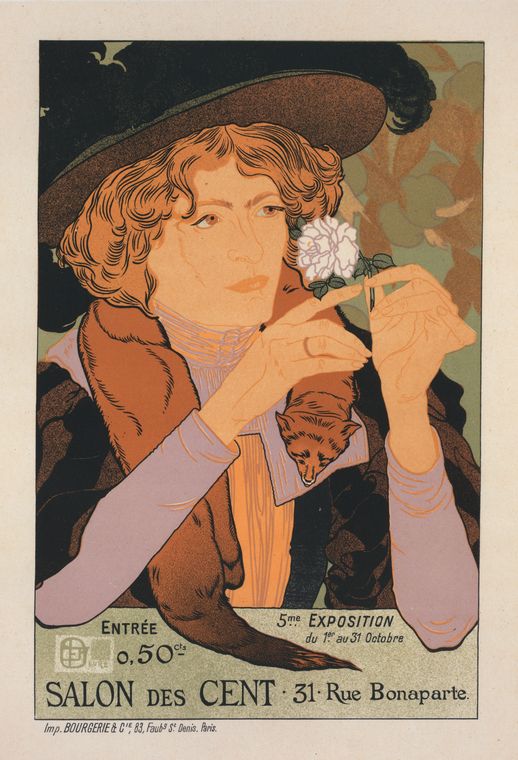 My “Mary Elizabeth Banning” costume allows me the full freedom I needed to ancestor worship the early women in science I hold dear. My dowager aunts is how I think of them. I am but a link in their chain. I harken to their call.

Some people have their altars. For others, their altar is the woods. My place of worship of nature is historical interpretation of Victorian natural history. The Victorians loved Nature. There was a fern craze, literally. And I understood how they felt. When I learned about ferns in Maryland master naturalist training, water filled my mouth. Ferns! How overlooked are their lovely demure curved heads! Rapture. Thrills.

“During the Victorian era, the sciences achieved their cultural authority,” writes Eugenia Bone in her book, Mycophilia: Revelations from the Weird World of Mushrooms. “Natural history and natural philosophy became science, and science became a profession. For decades, though, field work conducted by amateur mycologists contributed to the body of knowledge, and amateurs collected many of the samples that fill botanical garden archives in the United States today.”

I can’t be a modern scientist. At one point in college I thought I would be a marine biologist wearing chapeaux like Jacques Cousteau, but then—the higher level maths. I was (feminist death) bad at math at Smith College. Still, the yearning to contribute to science stayed with me even as I went on to do other things, to follow other voices and to investigate other rooms.

Oh, to be a nineteenth-century lady naturalist amateur mycologist! I brought my hand to my brow in a mock-faint. Wait a minute. 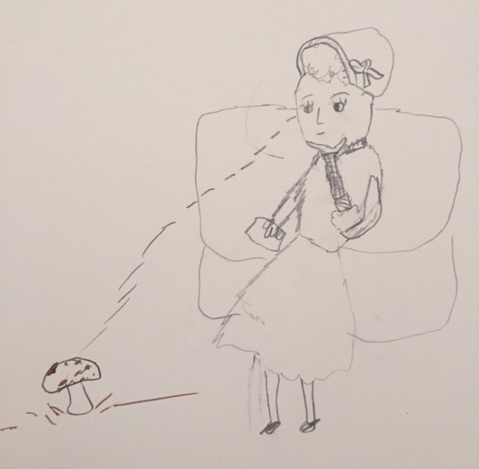 Why. Can’t. I? Why can’t I be the modern suburban mom version of The Country Diary of An Edwardian Lady?

“Only connect,” wrote E.M Forster. Mary Elizabeth Banning was an immediate connection. She grew up on Maryland’s Eastern Shore; I also spent summers as a child in Talbot County on my grandparent’s farm. She moved to Baltimore; I moved to Baltimore. She got deeply into mushrooms; I recently felt the siren’s call of their subterranean lives, too. In middle age, one begins to appreciate decay. The recycling of energy of the ecosystem. Dirt to dirt. Mycelium.

I admired Banning. She bucked the odds though they were against her. She corresponded with a mycologist in New York who was one of the few people who took her science seriously. (He later left her brilliantly illustrated manuscript in a drawer, to be found there the 1980s. Read more here.) Plus, according to Eugenia Bone, “Not all cultures appreciate fungi. The English have traditionally characterized mushrooms as being unhealthy, bad tasting, and spiritually degrading.” 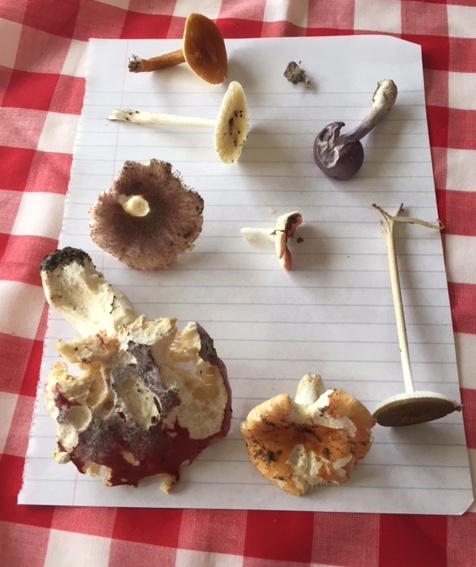 But I have no fungophobia. I’m having fun. Tasha Tudor, the American Beatrix Potter and famous nature-and-Corgi-dogs children’s book illustrator, said in interviews that she was the reincarnation of a sea captain’s wife who lived in 1800. Like her, I’m doing my own #sciart performance with my hair in a low bun, wearing petticoats, and carrying a walking stick. I do this for my ancestors, the nineteenth-century lady naturalists like Mary Elizabeth Banning.

Photo/illustration credits (top to bottom): the author in cosplay (selfie); vintage French poster; drawing of the author (in costume) by her daughter; various mushrooms collected by author.