Of Bunnies and Babes 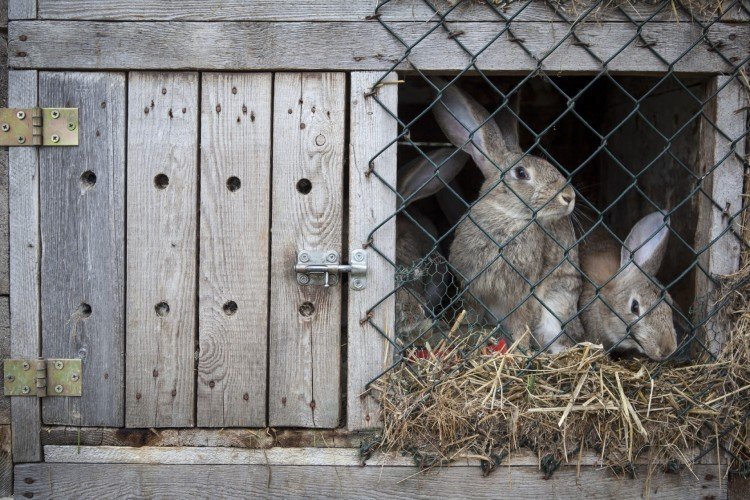 The seven young women couldn’t help but cradle the shivering beasts to their breasts as they marched from hutch to slaughterhouse. The girls were mostly early-college aged—suburban raised, free range. Enrolled in a farm-to-table course at Sterling College, the seven had pulled the bunnies from the campus’s rabbit hutch. It was the first day of the course, the first time soft fur met smooth, twenty-something fingers.

One by one, each girl swaddled the creature in her arms. None of them yet mothers, and still all performed this maternal gesture. Seven women cradling seven rabbits in solemn procession from hutch to slaughterhouse. 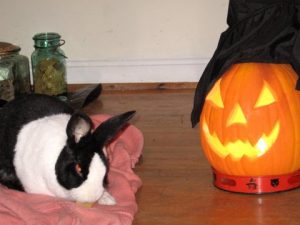 As I watch the girls, my own memories come alive. I still can recall the certainty I felt, how I knew I’d chosen correctly, as they pulled him—black and white with antennae-like ears—from the window display. I would call him Tuxedo. Once in my arms, I hugged him tightly to my yet-to-fill-in chest.

The man, the Steve of Steve’s Exotic Pets (or so I presumed), promised us that the little bunny now cradled in my arms was a baby girl. (We’d learn he wasn’t a few months later when he started ferociously humping my mother’s favorite throw pillows, among other things.) With a quick cash transaction he was mine. Mine, mine, mine. The first furry pet this allergy-prone yet animal-obsessed 10-year-old girl could call her own. 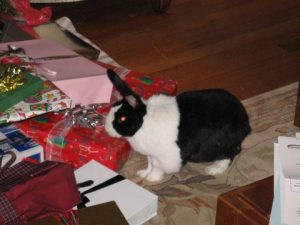 Tuxedo lived like a king. We’d read rabbits could be litter trained, and after much pleading, my father let Tuxedo move inside. He lounged on the sofa. He nibbled fresh veggies. He did tricks—jumping over assorted objects and rolling over—for us, his adoring fans.

The rabbits at Sterling College will not see their first birthday.

Their lives are lives of purpose: no tablespoon of banana for a trick well done, no fancy lace pillows to have their way with. They will eventually come to rest in a Dutch oven coffin, surrounded by den mates and minced aromatics.

I first laid eyes on Sterling College’s rabbit hutch during a weeklong writer’s workshop. Our instructor asked us to find an object and write about it. For several hours I strolled the campus, past the vegetable garden, past the pregnant sow, past an inquisitive herd of sheep. I found myself returning over and over again to the hutch. The creatures’ wiggly noses and kindly eyes transported me back to that first moment of holding Tuxedo. I sat watching these campus rabbits, soaking myself in memories of days gone by. Weakened by their silly ears and their comical tail tufts, the city creature within me was briefly tempted to set the whole lot free. 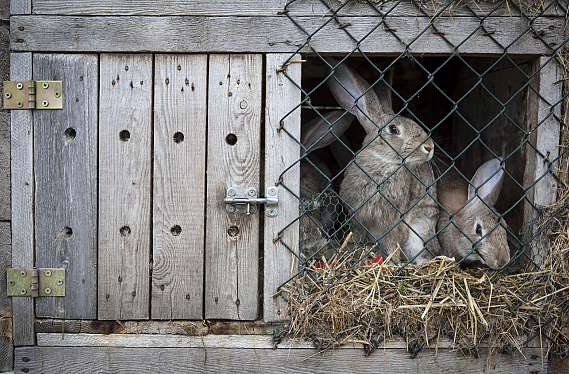 But these rabbits are an important part of the school’s curriculum. Located in rural Vermont’s Northern Kingdom, Sterling is a tiny work-service-learning college that focuses on environmental and sustainability issues. Classes include “draft horse management” and “introduction to organic agriculture.” Most of the food served in the dining hall comes from the school’s onsite farm. While at the workshop it was entirely possible that one evening I would walk into the dining hall and find these rabbits on the menu. Indeed, my first evening on campus I ask Tim Patterson, the college’s director of admissions, if all livestock is butchered onsite. Without missing a beat, he replies, “Yup, you want to try it?”

I support sustainable agriculture. I support responsibly raised livestock. I like to imagine myself someday having a homestead with rabbits and chickens of my own. As I watched these bunnies however, I realized back-to-the-land realities would be much more complex than I’d previously envisioned.

Sitting on a bench just one hundred yards from the rabbit hutch—close enough that we could smell the sweet-and-sour scent of manure, but far enough to be out of earshot of the bunnies—farm manager Patrick Sweatt raved to me about the benefits of raising rabbits. He told me that rabbits are an ideal entry point for homesteading, that their low feeding costs and ability to reproduce like, well, rabbits made them quite the bargain.

I cannot help but ask him, “What will these rabbits’ death be like? How will it happen?”

“You hang the rabbit upside down and brace it against a pole or wall,” he says. (Almost immediately, I picture this process happening to my poor, beloved Tuxedo.) A single, decisive hammer blow, delivered to the back of the skull, does the job. The goal is to sever the skull from the top of the cervical spine. Once that has been achieved, you slit the throat and let the blood drain out.

Envisioning Tuxedo bludgeoned and drained, I nod my head, trying to maintain my poker face as I wonder how we humans can be so cruel.

Of course, as a meat eater I am an accomplice to this crime. I am the cowardly getaway driver, wanting part of the reward but preferring my hands remain free of blood. Unlike Sweatt and the students, as I’m not honest enough to hold the living, twitching flesh and make it not so. Meat is murder, but it’s one I’m so very far removed from. Instead I pull a frozen chicken breast—naked and shimmering and unrecognizable as anything that ever had a face—from its hygienic plastic cocoon. 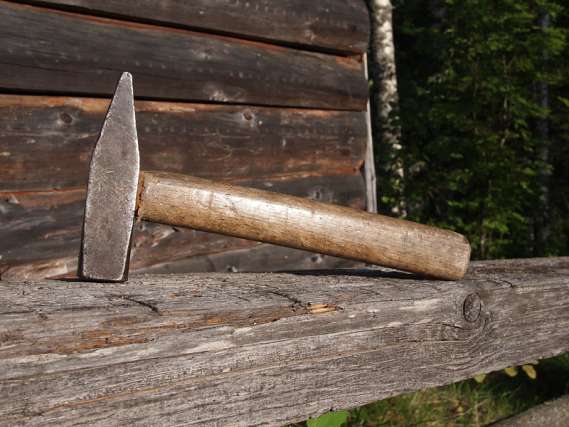 When asked about the worst part of a process, the gang of seven tells me about a botched strike. One unlucky rabbit moved just before impact. She screamed—a horrifying screech that echoed, eerily close to the sound of a woman in distress—as the hammer raised again. Collectively, the women’s hearts broke.

A lucky soul, there are few times I’ve known true fear, and therefore, few times that I’ve shown true bravery. I’m actually not sure if I’m brave. I doubt I would have been brave enough for that botched strike.

Maybe I’ve been spoiled by a kept life of supermarket eating. By a mother who wore “teach peace” T-shirts; who taught me that hitting was wrong. By a culture that believes some lives are worth more than others; that some creatures are raised to die. My penchant for selective logic makes it easy to edit the reality of how my food appears before me.

But I am thinking about the rabbits and their deaths and everything connected to what is on my plate. A lot. My consumption choices are consuming me. I want to honor these rabbits. I want to feel the weight of my actions and the heaviness of the hammer in my hand. I long to cradle that bunny to my bosom, to feel the metronome of its heart keeping time against mine. To know what life and love and loss feels like. And to know that I am responsible. That I am sorry. That I am grateful.