Our Story Among the Stars 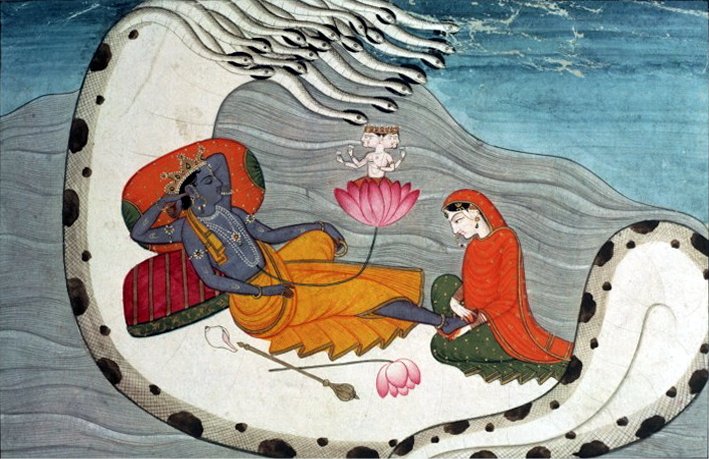 We’ve always imagined the farthest of all distances. In Ptolemy’s geocentric view, the largest sphere that formed the outer limits of the known universe orbited ten thousand Earths away.[1] Hindu cosmological texts estimated even greater distances; the Bhagavata Purana describes oceans that make up our material plane stretching 6.4 billion kilometers across the cosmic egg.[2] A peculiar thing about the Cosmos is that we know it to be sublimely vast, and knowing this we’ve allowed ourselves limitless freedom in attempting to understand it.

With the help of advanced instruments, we’ve come to realize that the Universe looms even larger than our earlier guesses—at least 93 billion light-years by recent estimates. The scale dwarfs any individual human capacity for comprehension. Even a single light-year spans 9 trillion kilometers. NASA’s Voyager 1 spacecraft, which has been hurling away from Earth since 1977, has only reached a little over 22 billion kilometers, as of 2021. These numbers could make us feel resigned to the totality of the universal mystery, but they don’t. We’re still trying to understand everything about the most unreachable territories of the unknown. Our most sensitive telescopes and radio arrays point out into the deepest space and take in all that they can.[3]

I think about my own early experiences decades ago, before tall condominiums took over the view of the night sky in Bangkok. I stood at my grandmother’s balcony and asked relatives to tell me about the tiny, distant lights above. They told me they were from orbs very much like the sun and, sometimes, from planets that neighbor ours. How far were they? “Much more than a car ride could take us or an airplane could go.” I wanted to tell them that I could reach out and tap on one if only I could climb upon the shoulders of someone taller. I was incredulous. Perhaps it’s a childish way of looking at the Cosmos.

In a Thai nursery rhyme, a child looks to the Moon and asks for favors.

Please give rice and soups

Please give a bronze ring

To my younger sibling.

Of course, the Moon was able to grant these wishes. It was a kind and generous Moon that heard and answered the cries of children just below. My young mind then was not yet bound to the limits of earthly reality. It wouldn’t be until I left Bangkok with my parents for far-off places overseas—first to Saudi Arabia, then the United States—that I began to truly understand the formidability of spatial separation. I wouldn’t be able to see my grandmother or play with my cousins as before. I’d live across oceans, visiting only during school breaks and after never-ending flights.

Yet to me, my family was also never really that far away. I found that I could see people I loved in the ballpoint-blue sentences handwritten on unfolded airmail letters. They were there with me, whenever I leafed through the handful of photo prints sent from home. They were present in the packages of books and magazines they sent. They came to life in voices recorded on cassette tapes that I would play again and again. I didn’t see them with my eyes, but I could keep them close. That’s to say I discovered how to travel faster than light, across seas and continents.

Stories can make distances instantaneously disappear. They allow for the subjective collapse of space and time, so that people separated from each other could form a bridge of sorts, encoding and sharing information that adds anew to layers within instances of consciousness. Good stories are additive. They allow individual knowledge to grow with the mass of others, not to create any uniform whole, but to allow for multitudes, acknowledging fault as well as beauty, and always learning as more stories bring greater understanding—and potentially some meaning—of all things past and present; huge or microscopic; observable and theoretical; human and not.

I think about that kind of narrative elasticity as I read the news and find plans for new missions to the moon and nearest planets. On Mars, a helicopter drone recently took flight, performing aerial surveillance of a landscape on which some hope to set foot. I take it all in with cautious hope. I think about the greater story that could expand with this widening migratory drift. Already, a person can take with them entire libraries on a few handheld memorial storage devices. I can see stories of Earth branching out to new stories from and of the moon, and of the outer solar system, and perhaps beyond. Any geocentric view looks to become even more quaintly provincial; a new cosmopolitanism would emerge, truer to its etymology.

But how might individual human minds adapt to the distances that they look to travel? Which stories will they take and keep with them as they venture outward? What kinds of stories will they tell about old and new worlds? How will they change over millennia, across all that empty dark? What magic will they be capable of as we move deeper into the unknown and the expansiveness of the possible?

So far, our best telescopes have glimpsed at least four thousand exoplanets in other solar systems, and spectrographs look to tell us more about the atmosphere that surrounds some of them and what kinds of activity—maybe organic—have contributed to their composition. Everywhere in the vast, empty dark, there’s potential for sentient life, perhaps similar to those on Earth and also ones much different. Let there be pinpoints of light that bring us ever-larger mysteries.

But I also worry about certain kinds of stories. They are narratives in service of dominion by empires, as we have seen before in beliefs such as American Manifest Destiny. Over the cosmically infinitesimal course of human history, we have witnessed the innumerable effects of narratives that aim not only to reduce the material world into bits, but also widen distances and estrange, in order to justify control. The dominant cynical perspective in these stories keeps a cognitive distance from any object, so as to better render a fantastical abstraction of extractable value. Environments and entire lives are not treasured as eco-systems or communities, but accounted as units of resources or productive labor. Populations are systemically divided and ranked—and sometimes decimated—based on their supposed worth.

I worry we’ll bring the alienating language of these stories with us to the greater cosmos—language that’s largely deployed for the purpose of othering and conquest. That potential habitats continue to often be referred to as  colonies—lunar or Martian—is a worrisome sign. The only distance traveled in such cosmic exploration would be between the exploiter and the consumed—a natural Universe and its eventual conversion to commodity.

We have already seen how this dynamic has played out on Earth with our worsening climate crisis. It troubles me that wealthy, powerful governments and people allow for widespread natural and societal catastrophe to continue on this planet, while also eyeing neighboring ones as refuge. The fatalism speaks to a skyward urge not born of curiosity and connection but of irresponsible, desperate escape.

Of course, I speak as someone who looks up to lights in the oceanic dark above and feels close kinship with the far-flung celestial bodies moving, as we all do, through similar cyclical geometries of space. I live now in Brooklyn, where the combined brightness of millions of windows and streetlamps prevent me from clearly seeing most cosmological entities and events, but still I look up. Meteor showers. Visiting comets. Ever-turning constellations and the tales that weave them together. The conjunctions of planets and seasonal feats of the moon. I know that I’m nothing without them.

Perhaps I’m someone Walt Whitman described in his poem Kosmos.[4]

Who believes not only in our globe with its sun and moon, but in other globes with their suns and moons,

Who, constructing the house of himself or herself, not for a day but for all time, sees races, eras, dates, generations,

The past, the future, dwelling there, like space, inseparable together.

This perspective might be a wishful way of looking and thinking and telling, but it’s also one I believe we need to maintain, as the great story continues—of us and everything we’ll come to encounter, even the grander emptiness of Space itself. It’ll likely be a very complex, meandering story with many outgrowths, but if we can manage to stretch our narrative sense of the Universe, we’ll always maintain our roots in the most far-reaching mythology—that is, to feel at home.