Running with the Rats 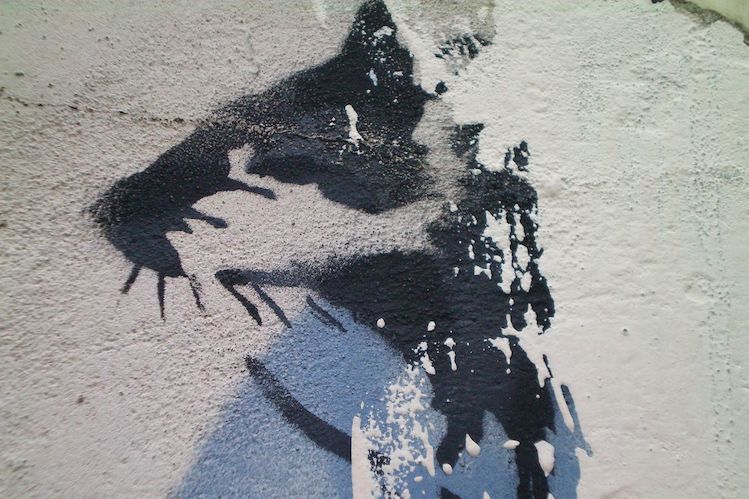 It must have been a little after six in the morning. Still dark outside, the windows along my street were beginning to show hints of light behind closed curtains. I was coming back home from the gym, enjoying the quiet that still lingers at that time of day—when a rat suddenly flung himself out of a bush and took up running right alongside me.

I wasn’t scared or disgusted; simply surprised. The fur ball scampering beside me was only the third creature of his kind I’d seen in the city—or anywhere, for that matter—after almost five years of living in what’s supposed to be the rat capital of the United States.

I kept to my path, and the rat kept to his. As I headed down the sidewalk, he chugged along with me, little legs pumping as fast as they could. I wondered how long he’d stay with me, and whether he was on some mission that required taking this particular, relatively visible, route, or whether he was so alarmed that he couldn’t do anything but keep running in the direction he’d first set out on. His speed was impressive; his seemingly unbreakable focus on the task at hand almost equally so. I was a little sad to see him finally scurry off to the right the first chance he got, diving beneath the protective leaves of a condo building’s well-tended front garden. I’ll also admit I was perversely pleased by the exit ramp he’d chosen; the bougie enclosure might be off limits to non-wealthy humans, but this little guy would be damned if that would keep him out of some pleasant grass and shrubbery. As he disappeared, I cheered him on. 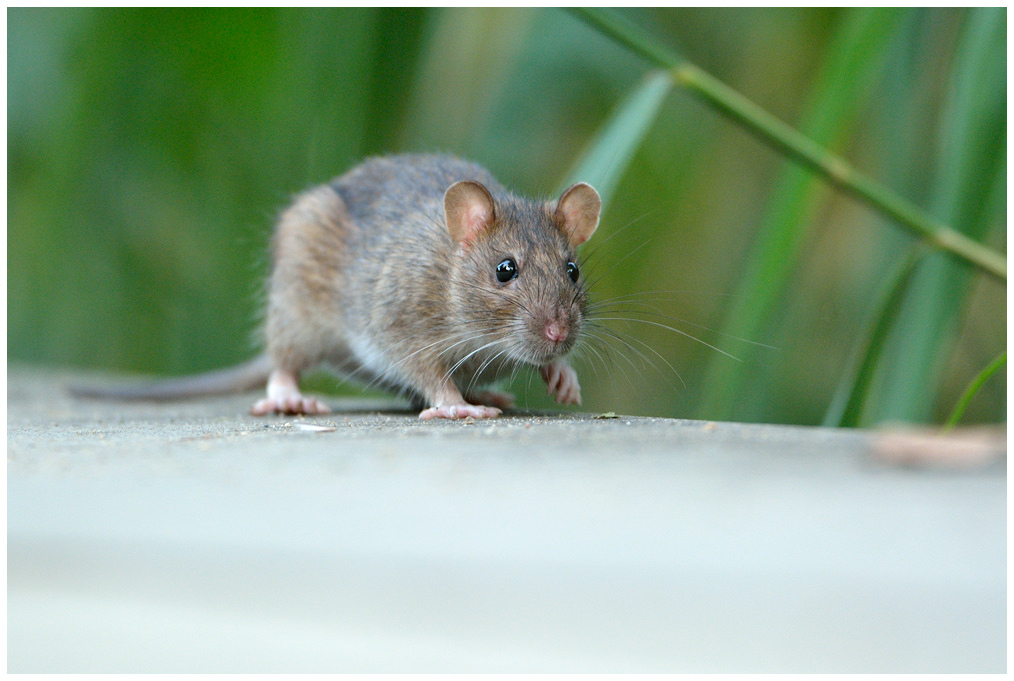 I’ve never had strong feelings one way or the other about rats, maybe because, until recently, they’ve never been a part of my everyday existence. Having lived in major cities in the U.S. and abroad, this lack of contact is pretty surprising. But the only exposure I’d ever really had to the creatures was in mediated portrayals: rats as frighteners of stereotyped housewives shrieking on chairs; as red-eyed villains hissing and bristling in cartoon movies whose names and plots I can no longer remember; or as the agent of countless plagues. Oh, sure, I know the animals carry diseases, that they’ll gnaw through pretty much anything they can find, that they’ve been known to make meals of human flesh—in short, that they can be a legitimate menace whose presence shouldn’t be taken lightly. But a source of terror? Nah. Whatever they do, rats don’t do it out of malice; they’re just particular creatures carrying out the particular decrees biology has set out for them.

My temporary walking partner made me wonder about some of those designs. To be honest, at first, I just wanted to find out how fast a rat can run. (If purelyfacts.com is correct, their top speed can reach 8mph / 13kph.) But then I began to consider what being one of these rodents might entail—and as I did, felt like I was being introduced to a kindred spirit.

People are always telling me to slow down, usually because of my breakneck walking pace. Ever since I can remember, I’ve moved at a brisk clip; whether hurrying to a particular destination or going just to go, stepping lively clears my head like nothing else. It’s only when walking or running that my mind shuts its trap, and thoughts cease bombarding me and getting tangled up in their own enthusiasms. But as far as I know, humans can’t see what’s going on inside each other’s heads—and so people just assume I’m continually in some sort of stressed-out rush. Every time I swallow down one more riposte to their unsolicited advice—namely, that the givers should mind their own business—I can’t help feeling some affinity with my rat colleagues.

These rodents pack a hell of a lot into their average two-year lifespan. A little over a month after coming into the world, they’re ready to start raising families of their own. According to Discover, when one of the ladies is in the mood, six hours might be enough for her to mate five hundred times. What might that lead to? National Geographic lets us know that in the span of a single year, 15,000 little rats can trace their existence back to her industry. 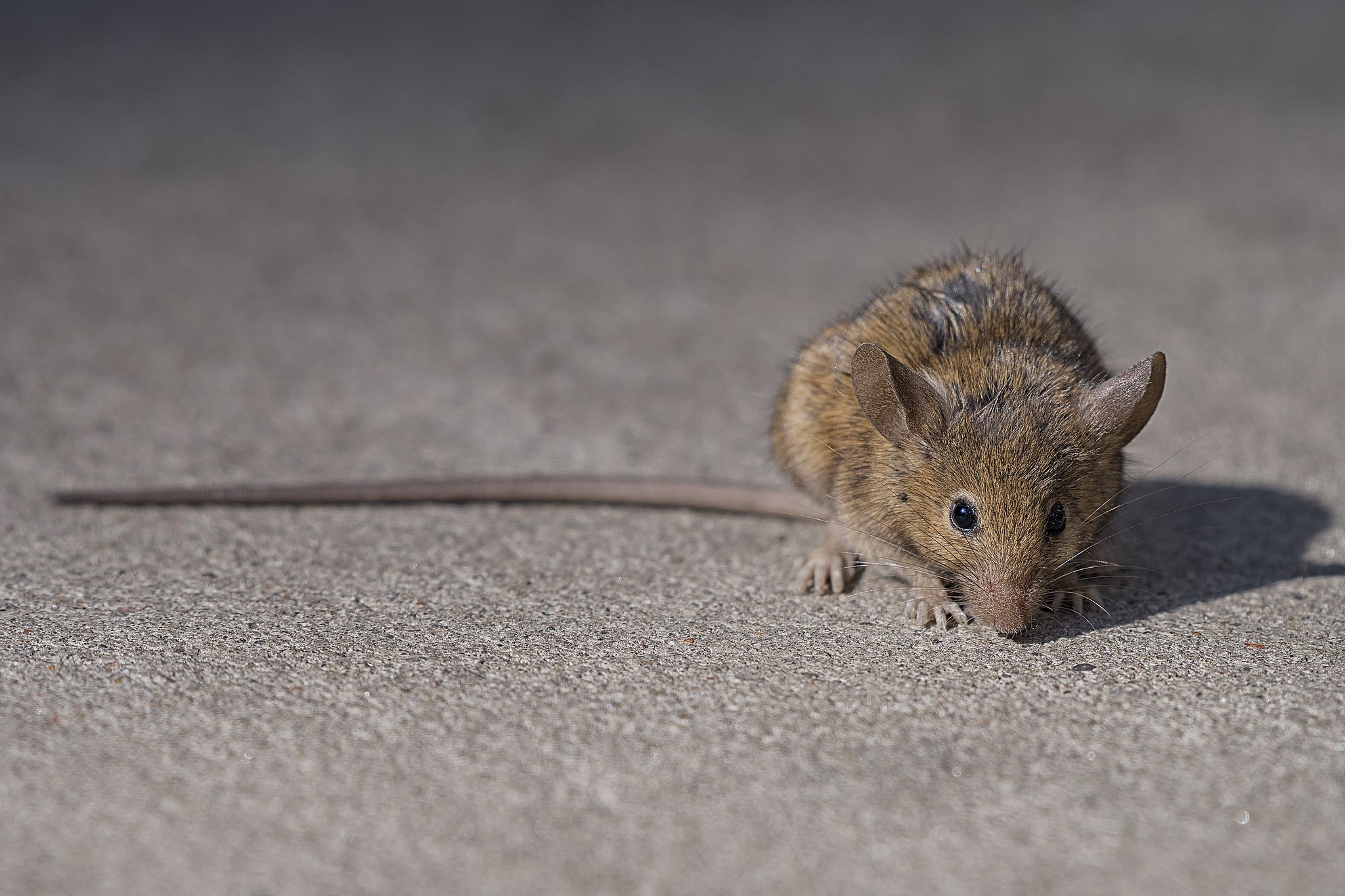 They may be blessed with fertility, but both rat matrons and their male counterparts have to deal with the fact that their teeth are out to get them. Since their incisors never stop growing, if the animals didn’t gnaw at everything within reach, those ivories (or yellows, rather) would curl or spiral into clumsy appendages that would no doubt make life difficult. They’re also apparently very worried about their appearance and hygiene, since (for the males, at least) about 40% of their conscious life is dedicated to grooming. Mating, birthing, paying attention to the little ones, swimming, climbing, scurrying along at full tilt, keeping pace with your own teeth and looks: all those things must burn up a ton of calories, because rats will eat pretty much anything they can find. It’s tempting to think that they eat fecal matter because they’re just so hungry and have so much to do; they don’t have time to be choosy.

It’s as if, knowing they’re not long for this world, rats try to cram as much as they can into living. And all that cramming sounds exhausting. It makes me want to tell them to slow down—spend time with at least a couple hundred of their kids, let the fur get a little matted now and then. Relax.

But then I remember how much I hate being told to do the same thing. I also think back to what I mentioned before: all this frenzy is just part of being who rats are. Doing their busy thing, regardless of what anyone thinks they should be doing. And then I’m reminded how my own scurrying around seems to exhaust other people, while it makes me feel pretty great. Just me, doing my own Katy thing. I think the rats would understand. If you’re pacing a rat, it doesn’t mean you’ve joined the rat race. 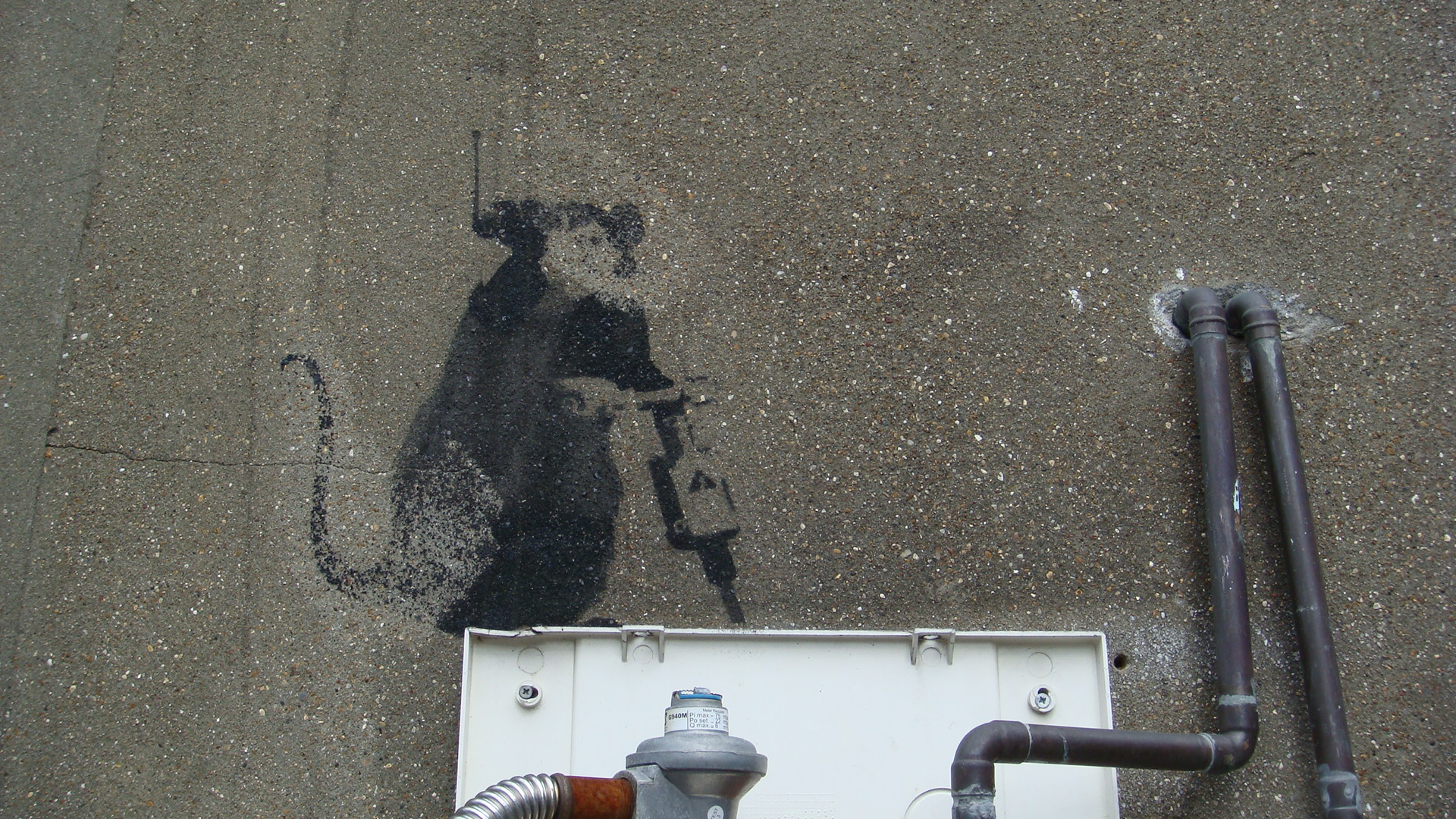