For advanced economies, there are two possible paths to a successful economy not based on continuous economic growth. The first is recovery from severe, abrupt, discontinuous disruptions brought on by a failure to respond adequately and effectively to mounting environmental, social, economic, and financial pressures. Of course, such a recovery is not guaranteed. The second possible path—more gradual, more appealing, and more likely to succeed than the first—involves the maintenance and acceleration of some already observable trends and the reversal of others. It is this latter path, and its possible outcomes, that I wish to describe here.

Let’s start with human population. Population growth rates are declining in many countries and are the lowest in high-income countries. After centuries of population growth, stable or declining populations will become the norm in advanced economies if these trends continue. Increased migration may stem the decline, which will change the cultural mix of populations and enrich the range of lived experiences on which communities will be able to draw as they adjust to changing times.

The age distribution of populations is also changing as growth rates decline and people live longer. The proportion of elderly will continue to rise and the proportion of children will continue to decline, at least until stability is reached, and each member of the labor force will have to support a larger number of dependents as the relative size of the labor force declines. Increases in labor productivity will help mitigate this decline, but in a successful economy that is not growing, increasing productivity will be matched by reduced time spent in paid work, resuming a long-term historical trend that has slowed dramatically in the United States and Canada. The fruits of increased productivity will be more leisure rather than more production.

These trends will slow the rate of economic growth. They will also require adjustments, in the interests of social justice, to the arrangements for entitlement to the output of the economy, based less on the personal capacity to save and invest and more on changes in ownership and in society’s responsibilities toward all members. A more equal distribution of inherited wealth and a reversal of the trend away from progressive income taxation toward a flat tax will help reduce and reverse the rising inequality in incomes and wealth of the recent past.

The urbanization of the population will also continue to increase, but the character of urban areas will change as well. There will be more shared individual and mass transit; greater reliance on local food and energy sources; a rebalancing of public and private spaces, reversing trends such as the transformation of Main Street to shopping malls; and the replacement of commercial advertising with public art and natural features. People will locate in cities, but they will live in neighborhoods that, with the further extension of electronic communications, will be where many work as well. 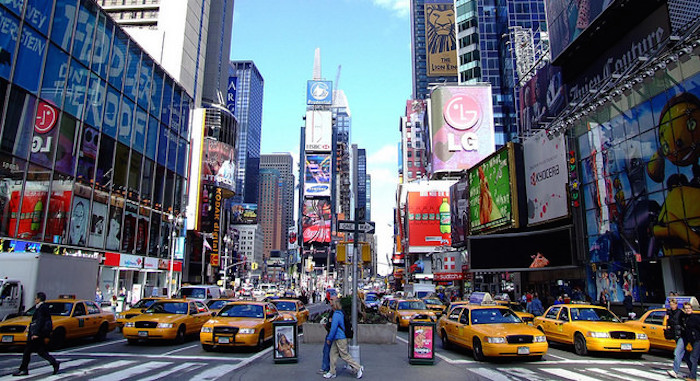 The conventional measure of economic growth is an increase in inflation-adjusted gross domestic product (GDP). GDP records market transactions. Consequently, it can grow simply as a result of the extension of the market into areas of social life previously organized on principles other than market exchange. GDP rises when people pay for services they once provided for themselves or through reciprocal relationships with family, friends, and neighbors. Reversal of this trend is one more feature of a successful economy and society without continuous economic growth.

The institutional structure of such an economy will look different from today, although the seeds of change are already quite visible. There are numerous business corporations owned all or in part by their employees. Millions belong to co-operatives, and there has been a proliferation of social enterprises. A common theme of all these institutional initiatives is that they are not run just or at all for profit. Hence, they do not drive nor are they dependent on economic growth for their success. In a successful non-growing economy, these and other novel institutional forms will thrive.

In the first decade of the twenty first century, the reduction in the prices of most commodities of the twentieth was entirely eliminated. Rising commodity prices, especially of fossil fuel, can enrich the relatively small number of exporting countries, but they are a drag on economic growth for those dependent on imports. Rising commodity prices encourage technical innovation in the search for new supplies and substitutes, and they stimulate both reduced use and increased re-use and recycling. Trends in this direction will become more pronounced in a successful non-growing economy, especially if steps are taken at the same time to protect vulnerable areas from the current extravagant and risky attempts on land and sea to extract resources.

Innovation will be an even more important ingredient of success in an economy that is not growing compared with one that is. This is because success without growth requires not just technological innovation but social, organizational, and legal innovation as well. For example, in a successful non-growing economy, the current trend to privatize knowledge and information will be reversed. Access to knowledge and information will be free and unrestricted, since they are not genuinely scarce in this important economic sense: their use by any one person does not deprive anyone else of their use. While the technological potential for this to happen has never been greater and will increase with the spread of the Internet, expanding economies demand that limits be placed on access to “intellectual property” so that a profit can be earned. In a successful economy that is not growing, the motivation for action will be more deliberately related to a wider and more noble set of social objectives. The trend toward open-source software is just one example of a much stronger pattern of sharing that will flourish.

At the same time, expanding economies place increasing burdens on natural systems, creating scarcities where none previously existed, yet those eager to find new sources of profit resist protection measures that introduce much needed limits on access. Failure to reach effective, internationally agreed-upon reductions in greenhouse gas emissions is just one example. The opening of previously protected fragile environments to extract energy resources is another. A reversal of these trends represents a challenge to powerful interests. The success of this challenge will depend upon the growing engagement of an informed and active citizenry whose presence will continue to be felt in a successful economy without continuous economic growth.