How Do You Envision a Successful Economy without Continuous Economic Growth?

Consider the question, how do you envision a successful planet earth without continuous growth? That is easy to envision because it exists. The Earth as a whole does not grow in physical dimensions. Yet it changes qualitatively; it evolves and develops. Total matter on Earth cycles but does not grow. Energy from the sun flows through the Earth, coming in as a radiant low-entropy energy and exiting as high-entropy heat. The solar flow is not growing. Nearly all life is powered by this entropic throughput of solar energy. There is birth and death, production and depreciation. But the Earth is not growing.

The economy is a sub-system of the Earth. Imagine that the economy grows to encompass the entire Earth. Then the economy would have to conform to the behavior rules of the Earth. Namely, it could no longer grow, and would have to live on a constant solar flow. It would also have taken over the management of the entire ecosystem—every amoeba, every molecule, and every photon would be allocated according to human purposes and priced accordingly. All “externalities” would be internalized, since nothing is external. The information and management problem would be astronomical—central planning raised to the thousandth power! Long before that, the human economy would have collapsed. It would have exceeded the both the maximum support capacity of the Earth ecosystem and the managerial capacity of all free-marketers and central planners combined.

The economic sub-system needs to practice more “ecological laissez faire” to keep a large part of the earth ecosystem in natura—as a source for low-entropy matter/energy inputs and as a sink for high-entropy waste. Sources and sinks must be used within the regenerative and absorptive capacities of the ecosystem. Every encroachment of the economy into the ecosystem is a physical transformation of ecosystem into economy. Growth means less habitat for other species, with loss both of their instrumental value to the ecosystem and the intrinsic value of their own sentient life. Clearly, in addition to there being a maximum scale of the economy relative to the ecosystem, there is also an optimal scale (much smaller) beyond which growth costs more than it is worth, even if still biophysically possible.

So we need a non-growing economy that strives to maintain itself in a steady state at something like the optimum scale. How to do that? Basically it is as simple (and difficult) as going on a diet. Cut the matter-energy throughput to a sustainable level by cap-auction-trade and/or ecological tax reform (taxing resource throughput rather than value added). Limit fossil fuels first. Redistribute auction or eco-tax revenues by cutting income taxes for all, but first and mainly for the poor. A policy of quantitative limits on throughput (cap-auction-trade) raises resource prices and induces resource-saving technologies. The quantitative cap will also block the erosion of resource savings as induced efficiency makes resources cheaper (the Jevons paradox). In addition, the auction will raise much revenue and make it possible to tax value-added (labor and capital) less because, in effect, we will have shifted the tax base to resource throughput. Value-added is a good, so stop taxing it. Depletion and pollution are bads, so tax them. 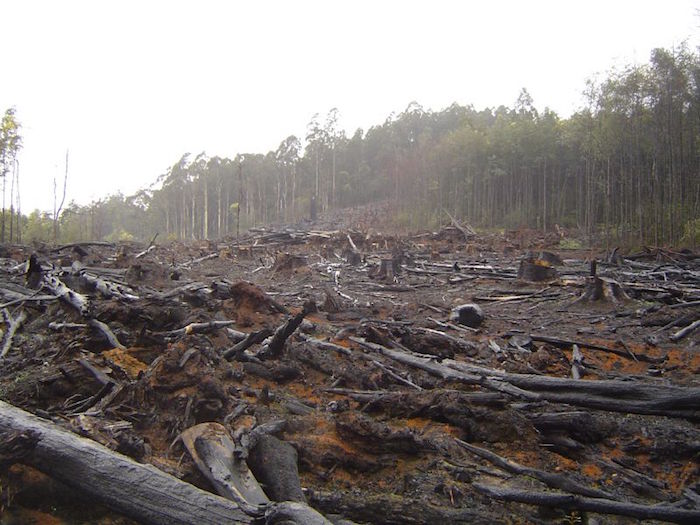 Along with a physical diet, we need a serious monetary diet for the obese financial sector—specifically, movement away from fractional reserve banking toward a system of 100 percent reserve requirements. This ends the private banks’ alchemical privilege to create money out of nothing and lend it at interest. Every dollar loaned will be a dollar that someone previously saved, restoring the classical balance between abstinence and investment. Investors must choose only the best projects, thereby limiting quantity of growth and improving its quality.

What about population growth? In my lifetime the world population has tripled, and the populations of other “dissipative structures” (cars, houses, livestock, cell phones, etc.) have vastly more than tripled. Limiting the population’s artifacts by capping the metabolic throughput that sustains them seems a good policy. However, limiting food supply to humans is nature’s harsh limit, Malthus’s positive check. There is also Malthus’s preventive check (celibacy and late marriage) and the more palatable neo-Malthusian preventive check of contraception. Contraceptives should be made easily available for voluntary use everywhere. More people are better than fewer, but not if all alive at the same time.

Even if we limit quantitative physical throughput (growth), it would still be possible to experience qualitative improvement (development), thanks to technological advance and to ethical improvement of our priorities. Some say that we should not limit growth itself, but only stop bad growth and encourage good growth. However, only if we limit total growth will we be forced to choose good growth over bad. And furthermore, we can also have too much “good” growth, or, as it is often called, “green growth.” There is a limit to how many trees we can plant, as well as to how many cars we can make. Any growth beyond optimal scale is un-economic growth, and we should stop the folly of continuing it.

If you are a technological optimist, please have the courage of your convictions and join in advocating these policies that give incentive to the resource-saving technologies that you believe are within reach. You may be right—I hope you are. Let’s find out. If you turn out to be wrong, there is really no down side, because it was still necessary to limit throughput to avoid uneconomic growth.

Given these facts, who can envision a successful economy based on continuous growth? Our decision-making elites can. They have figured out how to keep the dwindling extra benefits of growth for themselves while “sharing” the exploding extra costs with the poor, the future, and other species. The elite-owned media, the corporate-funded think tanks, and the kept economists of high academia, Wall Street, and the World Bank all sing hymns in perfect unison to growth, deceiving average citizens and perhaps themselves.

“Deforestation” by Crustmania (CC BY 2.0)