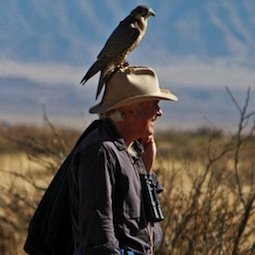 Stephen Bodio was born in Boston in 1950. He studied biology and English literature for years at both Universities of Massachusetts without ever quite managing to get his degree. He has lived in a remote rural village in New Mexico for over thirty years, and has traveled extensively in Europe, Africa, and especially Asia.

He has published nine books, and has been editor and anthologist of more, as well as a frequent contributor to magazines. He has been on the masthead of publications as various as the scholarly English Literary Renaissance and the upscale outdoor magazine Gray’s Sporting Journal, where he wrote a book column for eleven years. He has reviewed everything from novels to natural history for many papers, including the Minneapolis Star Tribune and the (London) Times Literary Supplement. His articles, essays, and stories have appeared in The Atlantic Monthly, Smithsonian, Sports Illustrated, and the Los Angeles Times Magazine, and in literary quarterlies. He is now a contributing editor and book columnist for the magazine Living Bird.

He was recruited by Annie Proulx to be the first resident faculty member at Sterling College’s Wildbranch Writers Workshop in Vermont, where he taught for nine years. His 2003 book Eagle Dreams, was about his adventures with the Kazakh horsemen of Mongolia. An excerpt, published in The Atlantic, was included in Frances Mayes’ anthology Best American Travel Writing.

He has a lifelong interest in birds, their behavior, and their relations with humans, as reflected in his books on falcons and pigeons. He has hunted with falcons for almost fifty years, kept rare pigeon breeds, and has bred and trained saluki dogs and their Asian relatives for thirty. He recently assisted retired Russian scientist and dog expert Vladimir Beregovoy with his translation of a 19th century Siberian hunter’s memoir. He has also contributed text and introductions to works about and by wildlife artists, including Thomas Quinn, Vadim Gorbatov, and Thomas Aquinas Daly.

Bodio’s “book of books,” A Sportsman’s Library, subtitled 100 Essential, Engaging, Offbeat, and Occasionally Odd Fishing and Hunting Books For the Adventurous Reader, is out now. It contains a chapter on a falconry manual by a medieval emperor and one on a trout fishing comic book, as well as pieces on Karen Blixen, Hemingway, Jack O’Connor, and T. H. White. Bodio claims he could find at least 100 more.

A book about the mysterious extinction of the passenger pigeon, one on the ancient dogs of Central Asia, and a collaboration with his photographer stepson on western travelers in the Szechuan–Tibetan border country are all in the pipeline, as is a memoir. Meanwhile he still lives in Magdalena, a former cattle drive town in the mountains of southern New Mexico, with his wife, Elizabeth (Libby) Adam Frishman, a second-generation mountaineer, archaeologist, and former Outward Bound trekking guide.