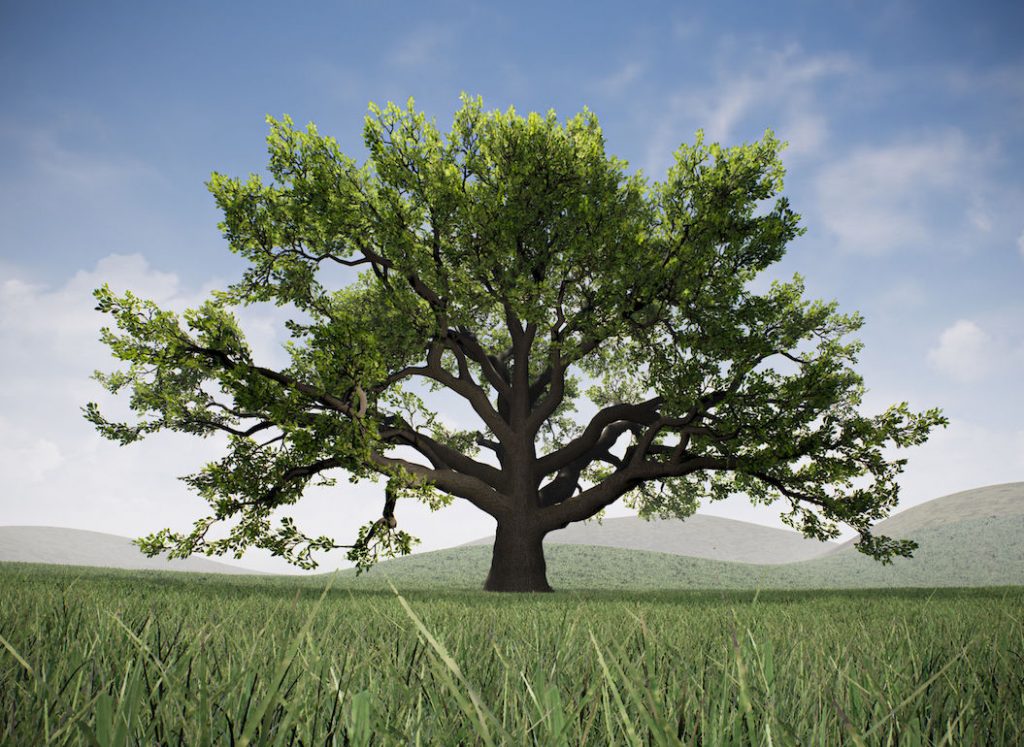 Katherine Kassouf Cummings (KC): Why do questions matter to you?

Ceara Donnelley (CD): The older I get, the more certain I grow about only one thing: a full and well-lived life is one of inquiry, exploration, and constant growth. This is something my father, Strachan Donnelley, knew well, embodied, and, in his own way, talked about often. But when he was alive, I was too young—too uneducated, yet, in life’s challenges and opportunities alike—to truly understand and know for myself what he meant. In many ways, asking myself questions and trying to answer them (knowing the answer is always in the trying itself) is how I now structure my life, and it is also how I stay in dialogue with my father.

KC: What drew you to create a publication based around questions?

Brooke Parry Hecht (BH): The Center’s founder, Strachan Donnelley, found deep purpose through exploration of “big questions,” and this is where Ceara and I found our inspiration for the series. It is important to underscore that Strachan really asked questions and, because of this, he has been one of the most important and influential people in my life. Sometimes people ask pretend questions—like a question asked with the answer already in hand, or a “gotcha question” that is not actually a question at all. Strachan did not ask questions in this way. With his “ignorance worldview” as his foundation, he asked questions honestly, humbly, and perhaps most of all, seriously.

Strachan did not ask questions in a vacuum. His starting point, whatever the question, was that we humans have responsibilities to one another and the rest of the natural world. However, he was absolutely non-dogmatic about the specifics of what those responsibilities are or should be. Exploring the many possible forms that our responsibilities could take was the grist for the mill. To this end, the Questions for a Resilient Future series was designed to ask big questions, serious questions, and to draw on wisdom from many sources and perspectives. Our hope was that this approach would give readers the space to draw from many sources as they grappled with big questions and came to their own conclusions.

KC: How have questions played a role in the evolution of the Center for Humans and Nature?

CD: I think a fundamental—and appropriately confounding—question inspired my father to found the Center, and from it more questions have been tumbling forth since day one. It is implicit in our name: What is the relationship between humans and nature? What ought it to be? Can humans be considered separate enough from nature to speak of a relationship to it as a distinct other? Or is the notion of separateness the root of where we have, as a species, gone awry? And so on. Ultimately, the question that started the Center, and the questions we’ve asked since—from the lofty and philosophical to the more practical and issue-based—all help point the way to a life, lived both individually and collectively, that takes seriously the importance of deep, reflective thought and of taking action that is consistent with one’s ever-evolving ethical framework. The Center exists to support that project, by asking questions and providing a range of powerful responses that help the evolution of ideas.

KC: What is one question from the Questions for a Resilient Future that has been particularly meaningful for you? And is there a question you are holding this year?

BH: “What does it mean to be human?” has always been an important question for me. My own thoughts on this question have changed countless times, and I expect that to continue through life’s journey. In truth, it is a question that I never expect to answer—at least not fully or finally—but rather the point for me is to carry the question and keep it close at hand. I love David Abram’s piece in response to this question. I experience his insights on this question as all at once humbling and exhilarating.

One question I am particularly holding this year is: “How can we live respectfully with the land and one another?”

In 2020, the Center moved its offices forty miles north of Chicago, after being located in Chicago’s Loop for over ten years. The Center’s new home resides within the territories of many Indigenous peoples, including the Council of the Three Fires—Potawatomi, Odawa, and Ojibwe, as well as Kickapoo, Miami, Peoria, and Očhéthi Šakówiŋ. In this new chapter, in this new place, the Center has serious work ahead: to understand in practice what it means to belong to land, to listen to land, and to carry out our responsibilities to place.

As part of this work, we at the Center put ourselves on trial—not in court but as part of the Center’s Questions for a Resilient Future. One of the Center’s Editorial Fellows, Julian Brave NoiseCat, curated eight written pieces on the question, “How can we live respectfully with the land and one another?” He conducted this work as tribunal, calling a panel of eight expert witnesses to examine capitalist and colonial relationships to the land and to one other and to inspire the Center for Humans and Nature’s relationship with the land in this place. As Julian writes, “[The] testimonies endeavor to understand what has gone awry in our human societies, as well as to inquire into what other forms of knowledge, values, and interrelation might form the basis of a more just and reciprocal relationship between land and people.” It is a series of inspiring written, spoken word, and art pieces, including the voices of Tommy Orange, Rebecca Solnit, Megan Bang, and Melissa K. Nelson. (See: www.humansandnature.org/land.)

Both the question and responses speak directly to the Center’s vision, focused squarely on the mutual flourishing of humans and nature. It is a question within our series that, in particular, calls on the Center to act as we work toward our vision at this time. A very closely related question curated by Editorial Fellow Christine Luckasavitch is, “What stories does the land hold?” I love this question because it speaks to the agency of the land itself and implies the critical, relational act of listening to these stories.

CD: One thing that Brooke does not mention is that, given the timing of the Center’s move to its new home and landscape (January 2020), the days the staff have been able to go to work in any traditional sense of the word have been few and far between. I attribute such oversight to Brooke’s excitement about the Center’s future eclipsing any disappointment at having to wait patiently amid the ever-shifting realities of running a workplace during a persistent global pandemic. Yet I also believe it is because Brooke has adopted the attitude that my father cultivated over the course of his philosophically oriented life, which is that we are organisms embedded in a vast, complex, and ultimately unpredictable biological ecosystem. Why shouldn’t we accept, if not expect, that a rogue virus might send every part of life as we know it into dizzying disarray?

This probably reveals that as questions go, for better or worse, I am still stuck on COVID, and wondering about all of the ways this pandemic will change the way we relate to the world and each other. There are the obvious (and important) questions about the social implications of prolonged periods of masking and social distancing for children and adults alike, but I still think we don’t even yet know what the deeper questions will be. Very early on in the pandemic, Brooke and I talked about what this might mean for us as a species, and all I could say with any certainty then was—we don’t know. We are too in it to even know the questions to ask, to begin to glean the contours of change on the horizon. In many ways, I still think we are too in it, even while in some places life has more or less resumed; it will take us years to understand how, and how much, we have been changed. But we have to keep asking—if I have learned anything, it is that understanding spools out over time, sometimes in great bursts, sometimes slowly and steadily, but only if you keep asking the questions, resisting rigidity and premature presumptions of answers.

KC: Who is a contributor whose response influenced or transformed your perspective on a particular question?

CD: Early in the series we asked the question, “Mind and morality: Where do they meet?” I had a hand in the framing (and wording—I am an unabashed fan of alliteration), but then I got to experience the responses several months later without having anything more to do with it. Esteemed physicist Arthur Zajonc presented his response, “Love as Ethical Insight,” at a gathering we hosted at the American Museum of Natural History. His ideas about the role of science and neurochemistry in understanding the mind—or really, the limitations thereof—so powerfully expanded and leant language to mysteries I had always intuited but, as a professedly “rational” person, felt somehow embarrassed to speak openly about. Now, the mysteries of the mind—and soul, and universe—are something I relish thinking and talking about. One can embrace and support science while also accepting that the answers to the biggest questions are not necessarily to be found or puzzled out in the physical universe alone. My father knew this, of course, but to hear a brilliant physicist explore the limitations of science and the objectively “known” universe and talk seriously about love—well, that was transformative for me.[1]

KC: What are your dreams for the next ten years of Questions for a Resilient Future?

BH: The Questions series has been led ably and thoughtfully by you, Katherine, during the majority of its ten-year history. Your leadership and vision brought the Editorial Fellows program into existence, which has expanded the range of perspectives, life experiences, and networks of the Questions’ curating and editing team. In the next ten years of Questions for a Resilient Future, my hope is that the Editorial Fellows program grows by leaps and bounds. Addressing big questions requires, at its core, a diversity of viewpoints and knowledge forms, as well as varied forms of expression (art, spoken word, essay, poetry). If only one or two editors were to curate the Questions series, how would we ever be able to address those questions in the way that we intend? So I hold my dream for a much-expanded Editorial Fellows program, bringing a wide range of voices and ideas to our audiences.