The Transcendent Voice of Conscience 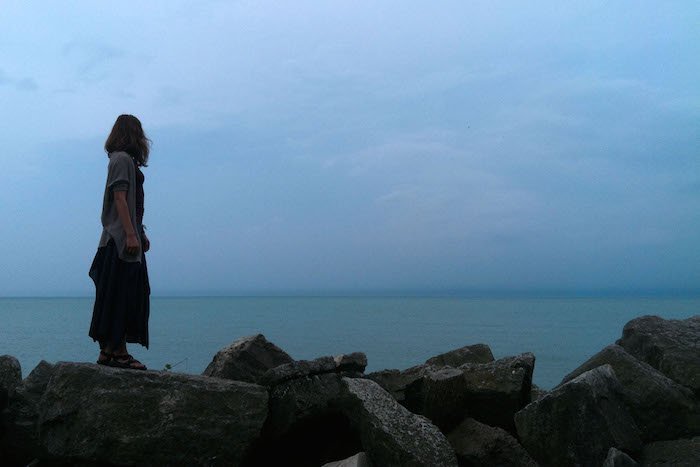 In the winter of 1925 an adventurous nurse named Elinor Gregg drove from Boston, Massachusetts to the Rosebud Indian reservation in rural South Dakota. The journey alone was remarkable: it took twelve days in an open air Ford, driving through rain and snow, with an occasional wrong turn down an unmarked road. Gregg was a former military nurse, so she was not fazed by these hazards, but instead focused on her plans to conduct one of the first comprehensive health surveys of Native American children.

The health conditions at Rosebud were appalling: there were high death rates from preventable diseases, and many people were left blind by eye infections like trachoma. What disturbed her more, however, was witnessing the realities of colonial rule in the United States. Gregg described Rosebud as a small “totalitarian state” where the Superintendent functioned as an all-powerful Czar. Indians could not vote, had no access to their own money and were expected to surrender their children to government boarding schools as part of a forced acculturation program designed to eradicate traditional languages and cultures.

Today these practices would be condemned as ethnocide. But in the early twentieth century, forced acculturation was viewed as a progressive alternative to the genocidal practices of the previous century. Gregg described the Indian Service officials she met as fervent believers in the moral rightness of their work. They were “do-gooders” who were typically “strait-laced, sometimes narrow-minded, quite morally conventional.”[1] She sensed it would be futile to challenge them, and chose to concentrate her energy on building a professional nursing corps to staff the newly formed Indian Health Service.

These vignettes from Gregg’s autobiography provide a rich starting point from which to explore the connections between culture and conscience. For much of America’s early history, Native cultures were viewed as relics destined to be eradicated by the forward march of modern (European) civilization. Over time, increasing contact led to a revision of these beliefs, and Indians were eventually accorded full human status provided they surrendered to a coercive process of reeducation. The substitution of ethnocide for genocide is not remembered fondly in Native communities, and this is not meant as a feel-good story of improved race relations. The goal instead is to propose that Gregg’s story illustrates a universal human pattern: the tendency of different groups to alternately dehumanize and rehumanize one another in a process configured by the dynamic interplay of culture and conscience.

Culture is a term used by anthropologists to refer to historically specific knowledge, beliefs, and practices. Cultures are now understood on the basis of relativism, which asserts the fundamental equality of all human groups. The Doctrine of Relativism was developed by Franz Boas in the 1920s, and has gone on to become the dominant value system in American education. Today we celebrate the specific histories and beliefs of all groups with secular rituals of diversity, inclusion, and acceptance.

The narrow specificity of relativism, however, limits our ability to explore universal traits like conscience. Conscience is commonly understood as an innate moral sense, or the ability to know right from wrong. Conscience transcends culture: it is an inner force of somewhat mysterious origin that shapes human action according to universally agreed-upon templates of behavior. Article one of the Universal Declaration of Human rights, for instance, makes no reference to culture or relativism when it declares all humans to be “endowed with reason and conscience.” The document derives its power from universal consensus about human values.

In recent years, anthropology has embraced a more extreme version of relativism so that questions about universal traits are no longer prioritized. Scholars in other fields, however, have continued to explore the origins of conscience, and this research offers some important insights. Primatologists, for instance, regularly observe traits like altruism and empathy that indicate a rudimentary sense of moral order among monkeys and apes. Franz de Waal has described chimpanzees gently caring for injured companions by removing dirt from wounds and helping with food foraging.[2] Similar patterns of mutually supportive care have been observed in other social species, including elephants and dogs. In some cases these patterns extend across species, as in the case of dogs who heroically rescue their human “families” from burning houses.

These examples suggest the existence of a common neurobiological substrate in mammals that, when properly developed, allows for expression of prosocial traits like empathy, reciprocity, and altruism—the building blocks of conscience. This makes good evolutionary sense: these qualities allow individuals to function successfully in social groups. The comparatively large brain size and extended life span of primates means that these instincts can become highly elaborated by environmental conditions of upbringing.

But examples from the animal world only take us so far. Humans are unique in many ways, including our tendency to locate the origins of moral order in the teachings of supernatural beings. In other words, we are the only species with religion. One of the fundamental tasks of religion is to create organizing templates that classify beliefs and behavior into categories of good and bad, sacred or profane. These binaries have the potential to develop human conscience in very different ways. They can elevate prosocial values like altruism, or create closed systems of thought that leave no legitimate space for dissent. The torture and persecution of heretics during the Spanish Inquisition, for instance, would be an example of dehumanizing violence born out of religious absolutism. To the inquisitors, persecuting heretics was morally virtuous. The same was probably true of the abuses perpetrated by the “morally conventional” employees of the Rosebud Agency in the 1920s.

But we also know from history that even the most repressive religious cultures still produce non-conforming thinkers who reject organized violence and recognize the common humanity of ethnic or religious “others.”[3] These dissenting voices represent a natural effervescence of conscience that can never be fully suppressed. Some special quality of insight and imagination allows a select few to see beyond the limits of culture and recognize the essential personhood of outsiders not conventionally granted human status.

Octavio Paz has proposed that poets typically have this capacity. Poetry, he argues, “is other because it is the voice of the passions and of visions.”[4] He believes poetry (and presumably all forms of expressive art) can transcend the limits of culture to resonate with the universality of conscience. When the poetry of dissidents is truly heard, it can generate a rapid reconfiguration of culture away from absolutism and towards relativism and tolerance. This transformation allows people of different religious traditions or ethnic identities to live in close proximity, with each group preserving its own traditions yet still granting the other full human status.

Cultures of religious pluralism and tolerance have now become the norm in most contemporary democracies. This is a great achievement of human conscience, but one that should not be misunderstood as permanent or inevitable. Recent history has shown that dehumanizing ethnic and religious violence can still erupt very suddenly, even in “modern” secular societies like Bosnia in the 1990s. This suggests that cultures of tolerance are themselves vulnerable to non-conforming thinkers who seek to replace ideals of diversity and inclusion with rigid moral templates that dehumanize one or more ethnic or religious others. Can the “other voice” of poetry save us from a similar fate? Only if we listen well.

[3] For further reading from one of the most inspired thinkers on this topic, see Peter Berger’s work. In particular, In Praise of Doubt:  How to Have Convictions without Becoming a Fanatic (2010) Harper Collins, and also “Are Human Rights Universal” Commentary Magazine (1977) vol. 64: 62.

“Over the Horizon” by Brandon Cummings.