What Does The Earth Ask of Us? Absolutely Nothing.

The Earth doesn’t ask a damn thing of us. To imagine that it does would be anthropomorphizing Gaia even more misleadingly than usual. The Earth may be alive, and it may even be sentient, but despite our anthropocentric self-absorption, we’re just not that important to it. In the long run, regardless of our excesses, we won’t really make much of a dent in this planet. It has already shrugged off five major extinctions, at least two of which were probably far more devastating than the one we’re wreaking on it now, and each time it’s bounced back stunningly. In the biggest one, the Permian, 252 million years ago, a monster volcano erupted right through the Carboniferous Period layers into what today we call Siberia, and kept erupting for a million years: talk about global warming. And in the midst of all that fire and brimstone, an asteroid apparently smashed into Antarctica. By the time the dust settled, some 90 percent of all marine and terrestrial species were gone.

Nevertheless, a few hardy weeds that survived in that planet-wide vacant lot eventually laid down enough biological material that new soils formed, new organisms evolved—and, though it took millions of years, eventually the world was more lush and gorgeous than ever, populated by all kinds of enormous reptiles…

…Until 135 million years later, when another asteroid banged into today’s Yucatán Peninsula, blowing away some 65 percent of life forms again, including those dinosaurs, into whose now-empty niche scampered our mammalian ancestors. And here we are.

And there we’ll go, too, one day: if not by celestial wallop, then naturally, since every species ultimately goes extinct, just as each of us eventually dies. (Or unnaturally, some might insist. Except we’re a part of nature, too. So if we’re done in by our flawed human nature—that is, by our hubris, which imagines we’re above laws that govern every so-called lesser creature—as far as the planet’s concerned, we’ll be just as extinct by our own heavy hand as we’d be if some other species outcompeted us.)

As with previous disasters, the planet will recover from us quite handsomely, albeit quite differently, and flourish anew. 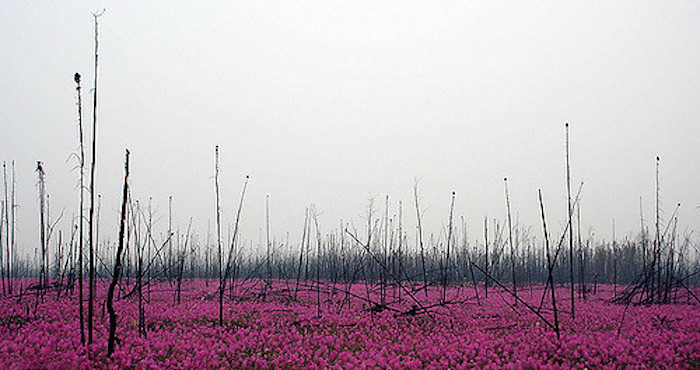 So the Earth asks nothing of us. But it does drop plenty of clues, and if we pay attention, we might figure out some things for ourselves, lest we depart from it more prematurely than we wish:

In short, if we mess up the Earth’s surface too much, eventually we’ll pay, either with our lifestyles or with our actual lives, and possibly with our entire species’ life. Despite our best efforts, when there are too many of us, we just can’t avoid doing that. Every organism in the history of biology whose population exhausts its resource base suffers a big crash, sometimes even a fatal one. Ours will also take along a lot of our companions on this planet. That’s already happening.

Fortunately, we already have means to do something about that: contraception is a known technology—not something fanciful, like endless zero-emission energy: we’ve been trying to tap free sunlight et al. for years, and still are nowhere near capable of running all our industries, vehicles, cities, Indias, and Chinas on it. Nor something even more magical: convincing everyone to consume less. By the time that happens, if ever, our world will long be trashed. But for the price of what the United States spent in a single month on the parties it threw in Iraq and Afghanistan, we could cover the annual cost of contraception for everyone who wants it, everywhere, and rein in the number of consumers.

Do that, and as we gradually bring ourselves back into balance with the rest of nature, maybe the Earth will agree to that nice dialogue we dream of having with it.